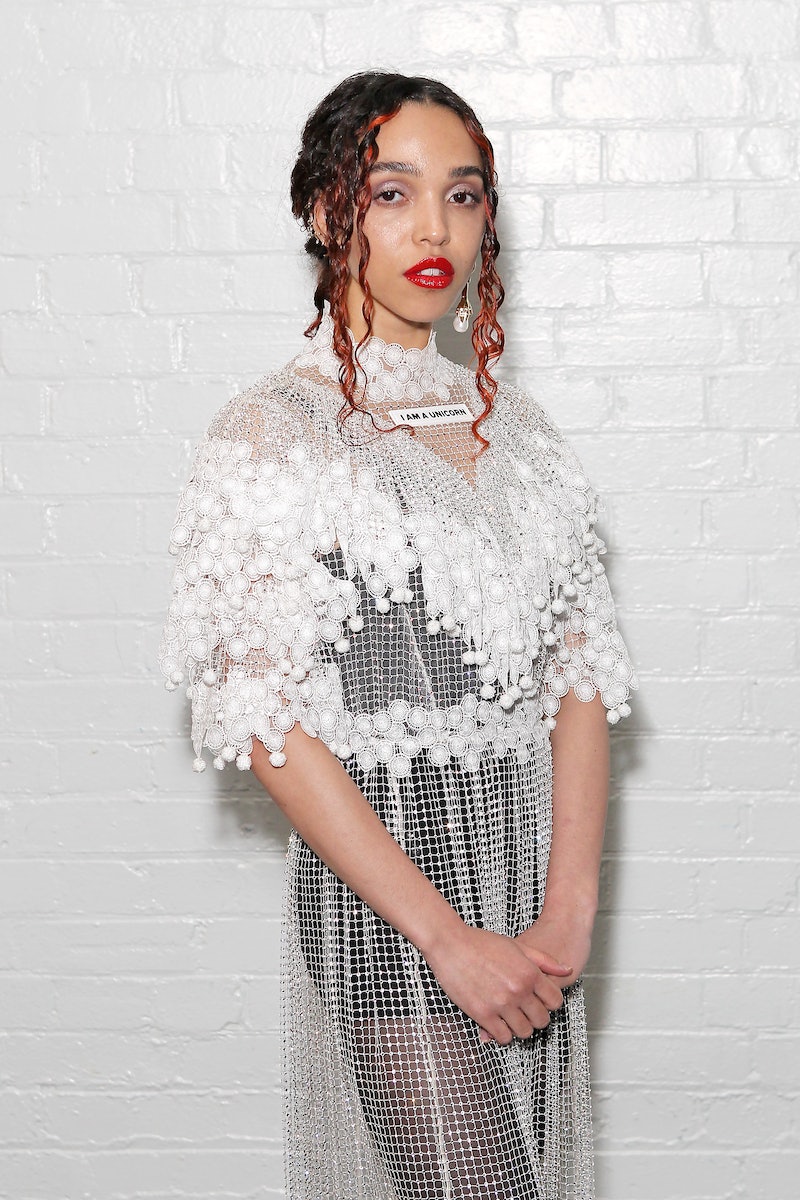 Trigger warning: This article contains references to domestic violence, as do many of its outbound links.

Singer and performer FKA twigs has spoken about the moment she decided to seek help for domestic abuse in a new interview. Speaking to broadcaster Louis Theroux for his Grounded podcast, FKA twigs shared details about her former relationship with actor Shia LeBouef, whom she started dating in 2018 after being cast in Honey Boy. During the candid conversation with Theroux, the Two Weeks singer recalled the "low moment" that ultimately led to her seeking help and eventually filing a lawsuit against LeBouef in December 2020.

During the interview, FKA twigs (née Taliah Debrett Bennet) detailed an alleged incident where, after the couple spent a week in the desert, LaBeouf threatened to crash their car unless she told him she loved him. FKA twigs said the incident escalated to where she was strangled in a gas station and "nobody did anything."

"That was a low moment for me because I felt like I would never be believed," she said to Theroux, via video call. "To have people see me being treated that way and not do anything, I felt really disheartened," she added.

"I remember going back to where I was staying and calling an abused women's helpline and I literally just Googled 'free women's abuse helpline USA.' I just called the first one that came up," she said. "And her reaction to me was so serious, and she was like 'OK, from what you've said, it feels like to me you're in an unsafe place...'" the singer explained.

FKA twigs went on to explain how the helpline's reaction helped her to realise the seriousness of her situation and was a "massive wake-up call." After taking that initial step, the singer then reached out to friends and began seeing a therapist twice a week.

"A few months after starting that process I was able to leave and leave for good," she said.

Louis Theroux asked the singer what prevented her from leaving the relationship with the Transformers star sooner.

She responded, "I had to spend a lot of time before I could leave to gather enough of myself together so that I knew, when I left, I really wouldn't go back, and I wouldn't give in no matter what he did."

As stated in court documents filed with the Los Angeles Superior Court, their relationship started with a honeymoon phase marked by his "over-the-top displays of affection." It goes on to describe a pattern of controlling behaviour from LaBeouf, including telling FKA twigs how many times she had to kiss or touch him each day. If she didn't meet those standards, he allegedly went on diatribes against her.

According to the lawsuit, FKA twigs alleges that, in one incident, LaBeouf woke her up and choked her.

FKA twigs has been working to raise awareness about domestic violence since she came forward with her story. The singer had previously admitted that she feared that didn't think she would be taken seriously as an unconventional artist and woman of colour.

Following the allegations, LeBeouf released a statement to The New York Times saying he had "no excuses for my alcoholism or aggression, only rationalizations."

He later stated to the publication that "many of these allegations are not true" but said he owes FKA twigs "the opportunity to air their statements publicly and accept accountability for those things [he had] done."