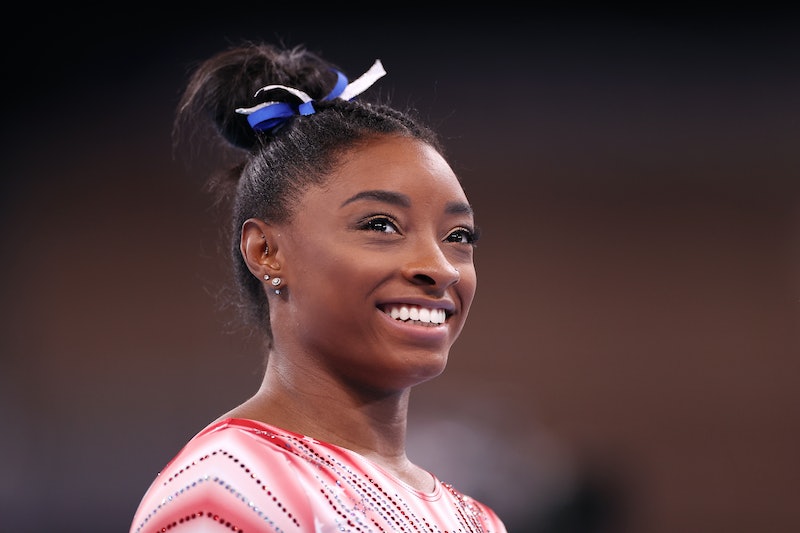 In the age of ever-changing vocabularies and new slang being generated with every viral Twitter meme, pop song, and TikTok trend, it can be challenging (but important!) to keep up with everything people on the internet are saying, especially if navigating the latest — and in many cases fleeting — digital culture vernacular isn’t your forte. Today on the agenda of words you’ve likely seen and heard, but if you don’t know at this point, are too embarrassed to ask about: GOAT.

If you Google “examples of GOATs,” you’ll be greeted with an array of goat breeds — Anglo-Nubian goat, Nigerian dwarf goat, American pygmy. Helpful if you’re a farm animal enthusiast, but not so much in this context, meaning GOAT (or G.O.A.T), as in “Greatest of All Time.” The acronym GOAT has its origin in the boxer Muhammad Ali (simply known as “The Greatest”), and LL Cool J's 2000 album G.O.A.T (Greatest of All Time) helped popularize the term.

By definition, the meaning of GOAT should only be used to denote those who truly are the greatest of all time — not just someone who is kind of great or approaching greatness. It’s generally used in the sports world, a title given to athletes who have boasted the best stats and greatest successes in the history of their sport: LeBron James, Lionel Messi, and Serena Williams, to name a few big, indisputable ones. Tom Brady alone was instrumental in adding GOAT to the dictionary in 2018.

But the term itself can be applied outside of sports, too. All you have to do is find the person who is the best at what they do and anoint them the prestigious title. For inspo, here’s a look at some important GOATs in their respective fields right now.

In case the rhinestone silhouette of a goat on the sleeve of her gymnastics uniform wasn’t a dead giveaway, Simone Biles is a GOAT blueprint. The most decorated gymnast in World Championships history, Biles has not just one but four tricks named after her (in floor, beam, and vault), which is what the International Gymnastics Federation does when an individual performs a maneuver for the first time in a world stage competition. Adding to her existing four gold and one bronze Olympic medals, Biles left the Tokyo Games with an additional silver and bronze. There, she made international headlines when she withdrew from the artistic gymnastics team, all-around, and a few other final events due to mental health concerns. Paving the way for a new generation of athletes and young people to embrace mental health as a priority makes her undoubtedly even more of a GOAT.

She is Queen Bey. So far in her powerhouse of a career, Beyoncé has won 26 MTV Video Music Awards, making her the winningest artist in the award show’s history, 28 Grammy Awards, making her the most awarded singer in Grammy history, and the eighth-most awarded artist at the Billboard Music Awards, among many other accolades. Outside of all of her musical accomplishments, she is also committed to philanthropy and the empowerment of Black voices and young girls and women everywhere. She is most definitely the GOAT.

The seven-member South Korean group is breaking music industry and streaming records left and right, resulting in them being the definition of GOAT. Debuting under (then) indie record label Big Hit Entertainment in 2013, Jin, Suga, J-Hope, RM, Jimin, V, and Jungkook have amounted to world fame via their music that features themes of mental health, troubles of youth, social commentary, and self-love. Selling over 20 million albums on the Gaon Music Chart, BTS is the best-selling South Korean artist in history, and in 2020 the group became the first Korean act to reach the top of the Billboard Global 200 and U.S. Hot 100 charts. In addition to their music and captivating heavily choreographed stage performances, the boys have appeared in front of the United Nations General Assembly twice and partnered with UNICEF to address their Love Myself anti-violence campaign.

Track and field sprinting star Allyson Felix is the most decorated American track and field athlete in Olympic history, having won 11 medals from five separate Olympic Games appearances, along with being the most decorated athlete ever at World Athletics Championships. Alongside Felix’s GOAT athletics resume, she has been an outspoken maternity rights advocate, causing public outcry against Nike for the sportswear brand’s refusal to guarantee salary protections for its pregnant athletes, which included Felix. This led to Nike revising its maternal policy in 2019, but by that time, Felix had left Nike. She has now designed for Athleta and started her own footwear company called Saysh.

ICYMI, Taylor Swift is, as Bloomberg BusinessWeek wrote on its magazine cover, “the music industry.” At her core, she is the meaning of GOAT. With mountains of awards, honors, and records broken, Swift became just the fourth act in history to receive Album of the Year at the Grammys three times — and the first woman to do so. In the same way that Shakespeare wrote King Lear during the bubonic plague, Swift wrote folklore (2020) and evermore (2020) and rerecorded her second album, Fearless (Taylor’s Version) (2021) during the pandemic — with plenty more on the way from the world-dominating artist. As a very vocal proponent of musical artistry and rights in music, Swift is rerecording her old albums as an act of defiance against her old label Big Machine Records, who sold and refused to let her buy and own the original masters of the music she wrote.

In 2012, Malala Yousafzai was shot in the head three times by a Taliban gunman because she advocated for equal access to education for girls in her community. But the near-death experience didn't stop her, as Yousafzai began advocacy for women's rights and female education immediately after leaving the hospital. She’s also the youngest ever Nobel Prize Laureate: In 2014, Yousafzai won the Nobel Peace Prize for her activism working toward equal education for women in Pakistan and all across the world — major GOAT status. She graduated from the University of Oxford in 2020 and wrote a guest essay for the New York Times in 2021 to address her fear for Afghan women in the midst of the country’s escalated conflict.

How could we mistake this woman for anything but a GOAT? Ask any Barb on the street and they’ll give you the full lowdown of her GOAT-worthiness. For the quick version of her accolades, Minaj is one of the best selling female artists of all time with 100 million records sold worldwide, and she has won numerous awards, including Billboard’s top spot for best female rapper of the 2010s. With her unique flow, witty metaphors and lyrical wordplay, and signature use of accents, Minaj’s music has pushed boundaries for rap. In addition to music, she has appeared in several movies and as a judge on American Idol, and she uses her platform to discuss racial issues in pop culture and the empowerment of women.

Laverne Cox is an unstoppable force and a true icon. From her flawless portrayal of Sophia Burset in Orange Is The New Black that led her to notoriety to her documentary, The T Word, which highlights the lives of trans youth, Cox is making waves in Hollywood and mainstream pop culture as the first transgender actor to both receive an Emmy nomination and an award for the documentary she produced. An incredibly active LGBTQ+ advocate, Cox was honored by GLAAD with the Stephen F. Kolzak Award in 2014 for her work for the trans community. She’s the first transgender person to grace the over of Time and Cosmopolitan and to receive a Madame Tussads wax figurine. As a trailblazer, Cox is a GOAT.

If you haven't heard of comedian Tig Notaro, go look her up right now. Tig is a legend, and her story is incredible — in 2012, she was diagnosed with breast cancer and, in a historic stand-up show, addressed the cancer during a routine in a poignant, beautiful, and somehow still humorous way. Known for her dark comedy, Tig's fearlessness, honesty, and wit changed the landscape of women’s roles in comedy and helped people cope with their own stories of cancer.

Beyond her mega-success as a performing artist, Rihanna’s GOAT title also comes from her savvy and lucrative businesses. She launched the cosmetics company, Fenty Beauty, in 2017 in partnership with luxury goods company LVMH, with the aim to appeal to makeup wearers of every skin tone. Currently, the Fenty foundation comes in 50 shades and has led to the "Fenty effect," wherein rival brands have expanded their shade ranges for makeup products in order to compete with Rihanna’s inclusive (and successful) branding. And that’s not to mention her sexy and inclusive lingerie line Savage X Fenty. Her tenacity and creativity as a businesswoman has led her to literal billionaire status in 2021. With $1.4 billion coming from the value of Fenty Beauty, according to Forbes, Rihanna is worth a total of $1.7 billion.

More like this
Footballer Jake Daniels Shared His Thoughts On A World Cup Boycott
By Sam Ramsden
Emily Ratajkowski & Pete Davidson's Astrological Compatibility, Revealed
By Nina Kahn
Romeo Beckham Shared A Sweet Farewell Note From “Proud” Sister Harper
By Sam Ramsden
Twitter Is In Awe Of Alex Scott & Her Show Of Solidarity At The 2022 World Cup
By Sophie McEvoy
Get Even More From Bustle — Sign Up For The Newsletter

This article was originally published on Oct. 21, 2015