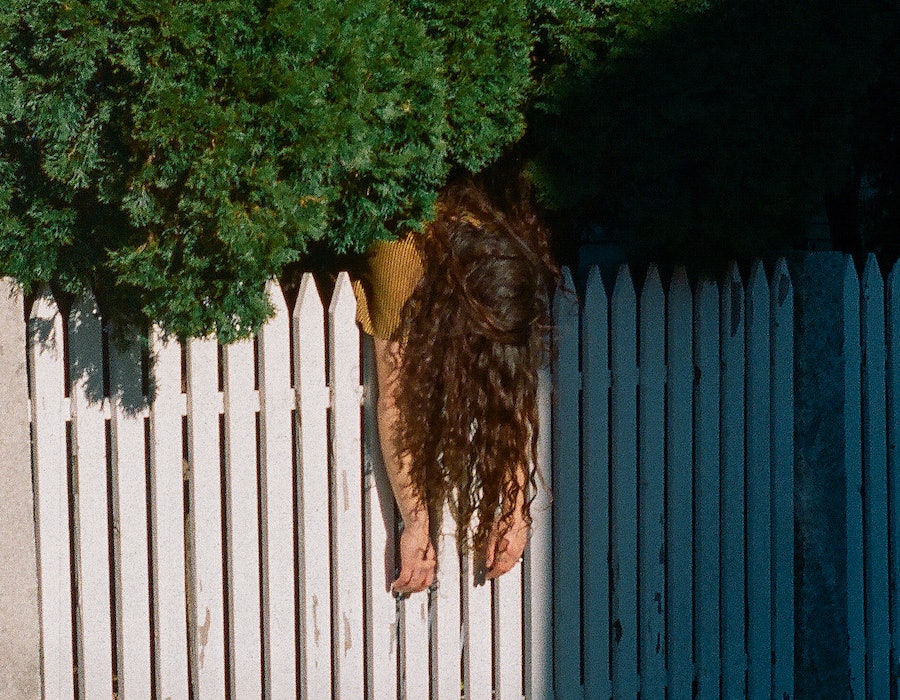 Douglas Robichaud/Stocksy
How To Move To The Suburbs

Dani has lived only a few miles away from Manhattan all 33 years of her life, but she’s never had a desire to move there. “The city is too busy for me,” she says. “I’ll visit maybe a couple of times a year.” A native of New Jersey’s Bergen County, she envisions staying put — even if it means feeling like “the only single one left” amid her mostly married friends. After breaking up with her boyfriend four years ago because he was ambivalent about marriage and kids, she’s been playing the field, mostly through dating apps. She admits that when it comes to sheer numbers, “the suburbs can’t compare” to the city, but there are “a lot more single people here than you might think.”

The classic assumption is that the suburbs are for families, while the cities attract single young people having all kinds of fun. But there are plenty of unattached millennials like Dani who live and date in the suburbs or smaller towns. Their numbers are certainly smaller — a recent Pew Research survey found that 21% of 25- to 40-year-olds are single in the suburbs, as opposed to 37% of those in urban areas. But based on U.S. Census Bureau data and their own research, Zillow estimates that there are more than 11 million single millennials living in suburban areas.

There are people like Dani who have always lived there. There are also the young adults who decided to hunker down in their parents’ suburban homes during the pandemic, while others left the city in search of space and a yard of their own. And since some millennials are now pushing 40, they are also starting to get divorced — which means they’re newly on the dating market, often in the same suburb they moved to with their partners.

“I thought the adults here wouldn’t engage in the same amount of f*ckery that they would in the city. I had a fantasy of the men being more committed.”

Is it harder to date if you’re not living in a densely populated city? Well, it depends. Out of the dozen or so people I spoke to, those who’d grown up in the same area they now live in had the easiest time dating simply because they knew a lot of people. Shawn, for instance, dated readily throughout his 20s around the northwest suburbs of Chicago, where he was born and raised. Some of his friends moved to the city, but just as many stuck around. “I didn’t find it harder [to date] than my city friends, because I had a big network,” he says. “I knew people from work. I dated friends of friends. We’d all go out to bars in the area.” Seldom did he date total strangers. Now in his mid-30s, he ended up marrying a woman from a neighboring suburb whom he’d known for years through mutual friends.

But if you’re a transplant who’s used to the more anonymous, plentiful vibe of the city, you’d do well to shift your thinking a bit. During the pandemic, Lakshmi* moved from Brooklyn back in with her mother in Brewster, New York, and had high hopes for her dating life. “I was in the context of ‘City dating is frustrating and awful,’” she says. “I thought the adults here wouldn’t engage in the same amount of f*ckery that they would in the city. I had a fantasy of the men being more committed.”

It didn’t exactly turn out that way. Instead, dating brought on a fair amount of culture shock: She was a woman of color swiping through a lot of white faces, and most of the men were less cosmopolitan than the ones in the city. They had working-class jobs in warehouses and firehouses. “I’ve had to challenge myself to get over my biases,” she says. “I’m trying to be more open.” She’s thought about going into the city to go on dates, but she’s worried it will pull her back to a place she purposefully left: “My dream scenario is someone who wants to live upstate and is ready to leave city life.”

Small-town dating can be even more difficult if you’re queer, especially if you’re in a conservative area. When Chris*, 27, moved in March 2020 to live with his parents in Elkins, West Virginia, his dating strategies were upended. “In bigger cities, you’re at a gay bar, you think someone is cute, and then you see them on an app and start chatting,” he says. In Elkins, he’ll scope guys out at the coffee shop and the grocery store, but he won’t be sure if it’s safe to make a move. Lots of people are closeted, and that’s a “deal-breaker” for him. So Chris’ dating life has involved a lot of travel. He’s met people in Pittsburgh, where he grew up, or while on visits to friends in Boston or Washington, D.C. He doesn’t plan to stay in Elkins for the long haul.

At first, she exclusively went on “let’s get drunk and have sex” dates with men in Chicago an hour away, at first not even telling people she lived in Schererville.

For freshly divorced people, trying to suddenly date in a family-oriented community can add an extra hurdle to an already intense transition. Kim, 35, who lives in Dumont, New Jersey, is dealing with the “learning curve” of dating apps after splitting with her husband — and it doesn’t help that most of her friends are coupled up. Adding kids to the equation makes it even trickier. When she was 26, Frances* was a freewheeling single girl living with her best friend in Chicago, meeting new guys constantly. Within two years, she was married and pregnant and an owner of a house in Schererville, an Indiana suburb where her then-husband owned a business. Right after her messy divorce at the end of 2019, she thought, “Now I need to learn how to date again, and here?”

So far, it’s been a wild ride. Initially, she exclusively went on “let’s get drunk and have sex” dates with men in Chicago an hour away, at first not even telling people she lived in Schererville. She was operating “like a mom on the weekdays, and single Fran on the weekends.” But little by little, she accepted that her suburban existence could coexist with her new identity as a single woman. She wants to move back to the city one day, but right now, she actually likes having a house and a garden and peace and quiet. She’s even gone on a few dates with local guys, “going outside the type she usually goes for.” Being single again doesn’t always mean regressing back to your 20s.

Ultimately, a suburban or small-town dating life seems best for people who aren’t actively looking for lots of casual sex or dating — which is true for fully half of single adults. The people I spoke to who seemed happiest outside the city are those who were fine with a chiller dating life. Aaron, 29, moved from Brooklyn to upstate New York about a year ago because of a “countryish desire” he’s had since going to college in Ithaca. He’s Black and gay and prefers to date other people of color, so he immediately noticed the “shrunken pool” of prospects. But it didn’t really bother him. “I’m very particular about who I elect to spend time with,” he says. Even before he moved, he explains, “I was never a big serial dater, and didn’t have that many casual encounters.” He’s gone on a few dates, and just started to see someone in Albany 35 minutes away (which, considering how spread out people can be, feels like no distance at all). He’s interested in a meaningful relationship, but doesn’t feel pressed to settle down or move in with anyone. “I feel mostly peaceful” about upstate dating, he says. “The takeaway, really, is that dating is just a really challenging thing to do no matter where you are.”

* Names have been changed

More like this
6 Dating App Tips To Try If You're Looking For A Serious Relationship
By Lexi Inks
How To Politely Reject Someone Who Keeps Asking You Out
By Laken Howard and Lexi Inks
Are Quality Time & Gift-Receiving Love Languages Compatible?
By Lexi Inks
20 Women Reveal Exactly How Long It Took Them To Get Over Their Ex
By Amanda Chatel and Lexi Inks
Get Even More From Bustle — Sign Up For The Newsletter