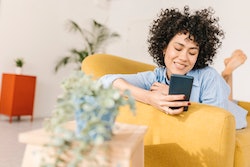 Whether you’ve avoided Twitter like the plague or pledged your soul to the hellsite, you probably heard about its shocking change in ownership. On April 25, Tesla founder and richest person in the world Elon Musk bought Twitter for approximately $44 billion, or more than seven times what the U.N. told Musk it would cost to solve world hunger. The changeover had got the hashtag #ByeTwitter trending, with users vowing to delete their Twitter accounts.

Many people left the site over fears about what Musk would change about the social media platform. According to CNET, Musk has indicated that he might want to modify the site’s content moderation, crack down on cryptocurrency scams, add an edit button, and make Twitter’s algorithm open-source (which would allow the public to view the code, and demystify which tweets get promoted on feeds and why). Though features like an edit button were already in the works, many Twitter users were wary of Musk’s emphasis on expanding “free speech” on the platform, concerned that he might reinstate accounts that were previously banned, like that of a certain former president.

“Free speech is the bedrock of a functioning democracy, and Twitter is the digital town square where matters vital to the future of humanity are debated,” Musk said in a statement announcing that the deal, which came after weeks of Succession-worthy negotiations.

“I fear this free speech bid is going to help this hell platform reach its final form of totally lawless hatred, bigotry, and misogyny. Best of luck,” actor Jameela Jamil wrote in a tweet before purportedly leaving the site (though as of April 26, her profile is still live). Many users have posted their own earnest farewell tweets, though, of course, others also joined in to dunk on the billionaire.

If you’ve gotten your Musk memes in and are ready to cut ties with the bird app, here’s how to delete your Twitter account.

If you’re ready to join the flock of Tweet-ers migrating from the app, the steps to deleting your account are about as easy as posting “#ByeTwitter.”

If you’re on a mobile device, open the Twitter app and click on your profile picture in the top-left corner. From the pop-up menu, scroll down to “Settings and privacy.” Open your settings, then click “Your account,” and select the bottom button, “Deactivate your account.” (The button is very dramatically placed next to a broken heart icon.) A screen detailing what it means to deactivate your Twitter will pop up. Once you’ve read the conditions and are ready to bid adieu, click “Deactivate” at the bottom of the screen in red text. You will be asked to type in your password before confirming your decision.

Your account will immediately be removed from the site, though it won’t technically be “deleted” until a full 30 days after you deactivate the account. After 30 days, you won’t be able to sign back into your account, and it will officially be deleted.

If you’ve had a change of heart since breaking it off with Twitter, or just wanted to see how bleak things have gotten, you can still reactivate your account for 30 days after deactivation. To reactivate the account, all you have to do is head to Twitter, type in your login credentials, and sign in. You will be asked to confirm whether you’d like to reactive your account.