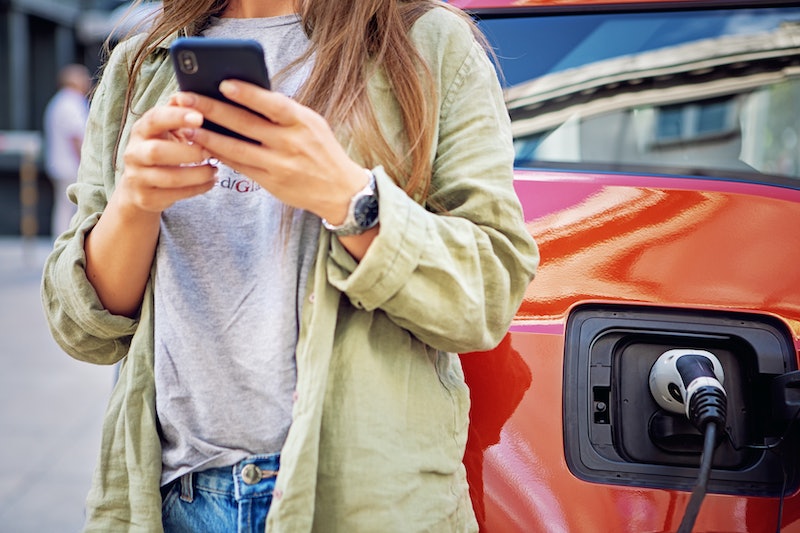 After religiously live-Tweeting Love Island spoilers, or jumping on a John Mulaney gossip thread, you noticed your follower count took a nosedive. And while you might be used to a little fluctuation here and there — attributing it to the deactivation of bots or relatives who aren’t interested in your shower thoughts — you can’t deny that it appears people have collectively decided to opt out of your Tweets. Of course you want to see who unfollowed you on Twitter!

Was it something impersonal, like Love Island fans who didn’t want spoilers? Or did your actual friends specifically not like what you had to say about the whole Mulaney discourse and decide they didn’t need to hear anything from you ever again? Or does that one guy you met at a work party no longer want to be part of your network? Though Twitter can be sort of a public soapbox, it still hurts to see people leave the audience.

Because Twitter doesn’t have any native features that allow users to see who unfollows them, finding out who unfollowed you on Twitter is a complicated, third-party endeavor that some won’t bother to embark on. This gives users a lot of agency and anonymity to unfollow people, without worrying about being caught. As with most platforms, there are external apps that have algorithms that can detect changes in your followers and tell you just who smashed that unlike button.

Here’s how to find out who hit unsubscribe from you account, so you can get a sense of who’s still listening.

If you have an idea of who might have unfollowed you, you can go to their account and check right next to their username. If they follow you, there will be a gray box that says “Follows You.” If they don’t, it won’t say anything next to their handle.

You can also tap your own “Following” tab and scroll though the list to get an at-a-glance look at all the people who still consider themselves mutuals. There will be a “Follows You” designation next to each person that still follows you, so if you scroll past your old college roommate and it doesn’t say they follow you, you’ll know they’ve opted out of your Tweets.

Third-party apps are the most efficient way to see who unfollowed you on Twitter, but they do raise the occasional privacy question. They typically require you to log in with your Twitter account, which can you put your data at risk of a hack. If this makes you uncomfortable, you might want to disable and delete the apps after using them to ensure you’re not just granting them open, ongoing access to your Twitter account. To cut ties with third-party apps, make sure that you deactivate or delate your account with that app, rather than just signing out.

Unfollower Stats has an easy-to-view dashboard that lets you check out who unfollowed you on Twitter since you downloaded the app. That means it won’t tell you who unfollowed you yesterday, but will keep track of your followers and unfollowers going forward. It also has a tab that allows you to see who you follow who doesn’t follow you back, which might give you some insight if you have a good memory of who followed you originally. For example, you can bank on seeing certain non-mutual accounts in this tab — like Joe Biden or Lizzo — but if you notice a co-worker or old pal here, it’s possible they recently unfollowed you. To delete your profile once you’re finished with your lookup, head to settings, and then scroll down to “Delete Unfollowerstats.”

ZebraBoss is an application that doesn’t require to you log in with your Twitter account. Instead, you share your profile URL with the site, enter your email address, and subscribe for daily email reports with your follower fluctuations. The report (which will likely go straight to your spam) also includes a link that allows you to watch your follower movement in real time. You can opt out of the email at any time, and also sign up to observe the follower changes on other accounts. To end your unfollower reports, you can tap “Unsubscribe” in any of your daily emails.

Other apps, like Circleboom or Crowdfire are also great options if you’re looking for even more resources. For example, if you want to see who unfollowed you for work purposes, these apps will give you engagement insights to help you grow a following.

More like this
Behind The Hilarity Of The "POV: You Walk Into My Room" TikTok Trend
By Lexi Inks
How To Turn Off Night Mode On Your iPhone Camera
By Emma Carey
26 Ghost Story Podcasts To Get You Ready For Halloween
By Jessica Booth, Mia Mercado, JR Thorpe and Emma Carey
20 Smart Devices Under $35 That’ll Change The Entire Vibe Of Your Home
By Emma Carey
Get Even More From Bustle — Sign Up For The Newsletter