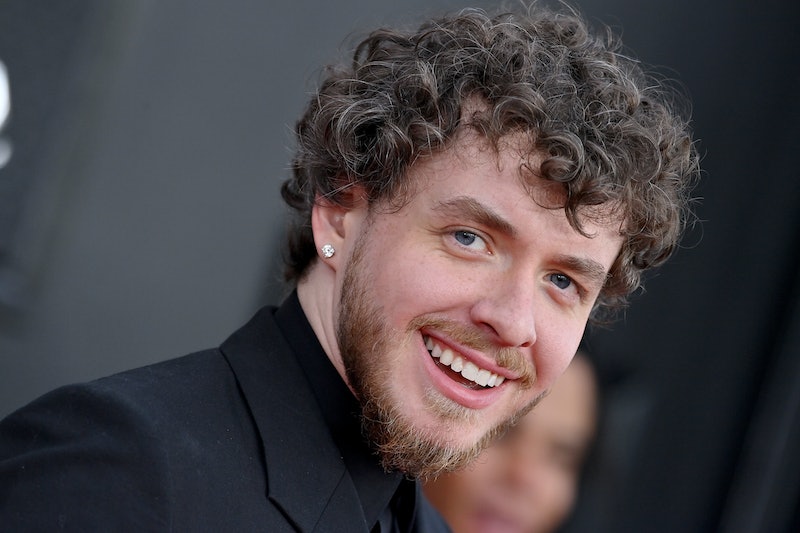 One inevitable result of using TikTok is that you’re bound to catch an earworm at some point — whether you like it or not. Another guarantee? Users on the app are always showing love to celebrity crushes, and Jack Harlow is at the top of the list. Lately, Harlow has been getting more clout than usual on TikTok thanks to a mere 13-second clip he posted of his upcoming song “First Class.” It’s already a jam as it samples the chorus of Fergie’s 2006 hit “Glamorous,” and is a trending sound on the app ahead of its full release. TikTokers are using the sound as thirst traps, admissions of love for the rapper, and as an opportunity to freestyle on their own.

It’s nothing new to see Harlow all over one’s FYP — he’s solidified his stance as the internet’s crush ever since his Lil Nas X feature and that viral chicken shop date — and it’s safe to say the girlies are obsessed and they don’t care who knows it. The first clip of “First Class” was posted on April 1 and features Harlow in the studio subtly dancing to the lyrics. That video now has over 3.3 million likes and the sound itself has been used in over 49.5K videos since. Those videos include users shamelessly lusting over Harlow, he has since posted more videos of himself dancing to the lyrics which has led to many a duet, as well as clips predicting what other lyrics we might see when the song comes out.

What Is Jack Harlow’s New Song?

Users were able to find out the name of the song from the TikTok sound which was labeled as “First Class.” The title makes complete sense considering it samples Fergie’s “Glamorous,” a song with lyrics that reference flying first class. Harlow’s song plays on the part of “Glamorous” when Fergie spells out “G-L-A-M-O-R-O-U-S” adding his own lyrics in between the letters to give them an added, cheeky meaning. The short clip features Harlow’s voice juxtaposed with Fergie’s to sing the lyrics: “I been a G, throw up the L, sex in the A.M., O- R - O - U - S, and I can put you in first class.” The L references his hometown of Louisville, Kentucky and in the original video he threw up the “L” hand sign used at University of Louisville sports games.

When Will Jack Harlow’s New Song Be Released?

“First Class” will be available in full on April 8, and Harlow also announced on Twitter that his second studio album Come Home The Kids Miss You is set to release on May 6. According to the album cover in the announcement, the trending song will be a part of this discography, so it’s safe to assume we’ll have some more Harlow harmonies to get stuck in our head soon.

What Is The “First Class” Trend On TikTok?

TikTok is a wealth of creativity when it comes to the trends that pop off and with a superstar like Harlow, it’s not shocking just 13 seconds of an unreleased song has been a source of inspiration for many. After he posted his April 1 video dancing in the studio people quickly became mesmerized and started meme-ing themselves being distracted at work or in school as the screen fades back into Harlow dancing, like a daydream they can’t shake.

Some are using the sound to weigh in on the lyrics, offering their own suggestions for how to make even more clever innuendos using the spelling of “glamorous.” Others, of course, are simply using the trending bit to show off their candid selves by spelling out the letters with their bodies or dancing to the unreleased mix with their friends.