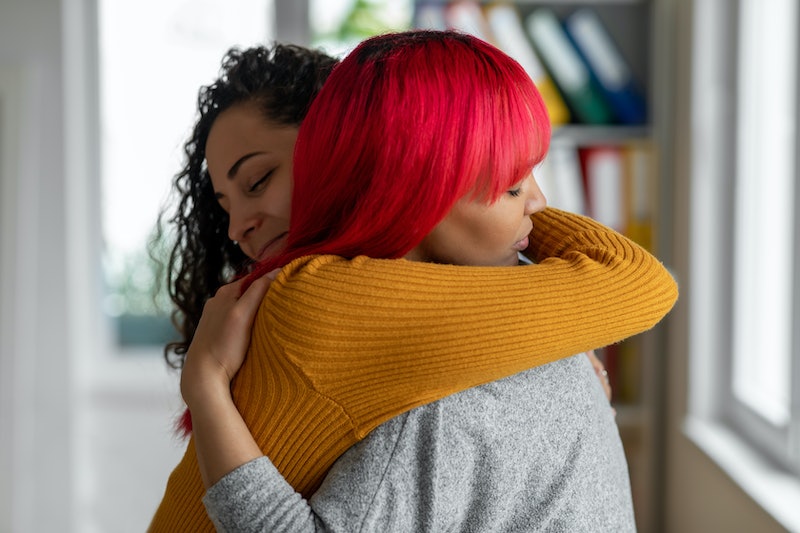 How forgiving you are can be determined by different factors like past experiences, the specific situation you’re dealing with, how much empathy you have, and even your zodiac sign. In astrology, some zodiac signs are known for being much more forgiving than others. According to astrologers, the most forgiving zodiac signs have a few key traits in common.

“Some signs are simply more compassionate by nature, while others have a stronger sense of justice and believe everyone deserves a second chance,” astrologist Sofia Celestino, tells Bustle. “But a common thread among all the forgiving signs is that they tend to be more positive and optimistic in their outlook on life, which makes them quicker to forgive and move on from any negative experience.”

In general, cardinal signs and water signs tend to be more forgiving than the rest, says Emily Newman, an astrologer and psychic reader. Cardinal signs, in particular, are constantly moving forward. They’re the “initiators” of the zodiac who bring in fresh, new energy. They’re not interested in dwelling on past hurts, which makes it much easier for them to forgive and move forward.

Water signs, on the other hand, are pretty go-with-the-flow. They’re also very sensitive, intuitive, and empathetic, which it makes it easier for them to understand where a person is coming from. They recognize that sometimes hurt people hurt other people.

Sofia Celestino, an astrologist from destinyawakens.com

More like this
The 3 Most Family-Oriented Zodiac Signs, According To An Astrologer
By Nina Kahn
Here’s Why Sagittarians Should Pursue A Career In Academia
By Nina Kahn
These 4 Signs Are The Sarcastic Jokesters Of The Zodiac
By Brittany Beringer
These 4 Zodiac Signs Will Be Extra Lucky In October
By Brittany Beringer
Get Even More From Bustle — Sign Up For The Newsletter