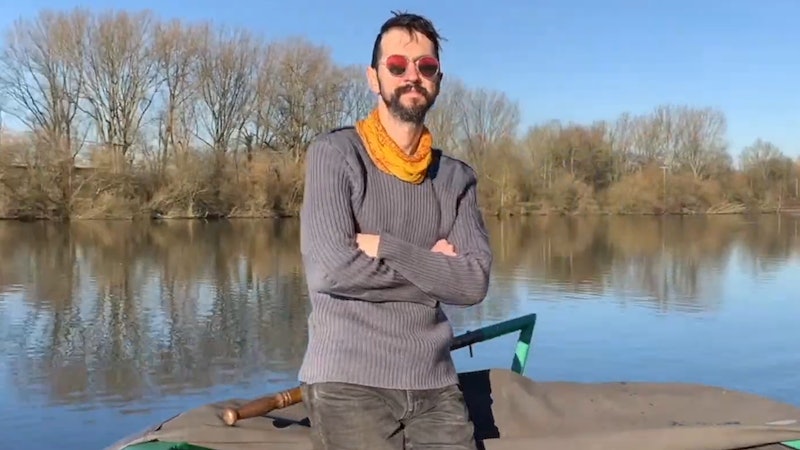 Narrowboats are a familiar sight on English canals. The United Kingdom’s canal system was a crucial nationwide transport network during the Industrial Revolution, but with the rise of railways, commercial canal traffic stalled out around the 1970s, leaving a surplus of narrowboats that are uniquely equipped to navigate the slim English waterways.

Myles McDowell is an ex-circus performer who took the plunge into the boat life by moving into just one of these narrowboats. He and his wife were renting in London, but they found the high costs to be detrimental to their savings plan. So they decided to downsize and move to a narrowboat, which they could actually own. Unlike many boat-lifers who’ve taken the plunge toward the floating life during the pandemic, McDowell has been living on the boat for eight years.

McDowell documents his journey in great detail on his YouTube channel, educating others on what it’s really like to live like this. His videos show everything from how to empty the toilet tank to what it’s like to self-isolate during lockdown when you live on a river. At the time of filming, McDowell was based on the Grand Union Canal, heading toward the river Thames. He tells Bustle that one of the biggest appeals of living on a narrowboat is the flexibility to move when you’re in need of new scenery.

Have you subscribed to Bustle Digital Group on YouTube?

More like this
15 Genius Storage Solutions For Your Next Bathroom Refresh
By Emma Garza
People Are Calling These Hidden Gems Their Cheapest, Most Clever Finds Of The Year
By Rachel Bar-Gadda
Expert-Approved Hacks For Packing A Carry On
By Jessica Goodman
Where Was 'The Bachelorette' Season 19 Filmed? More European Destinations Are On The Way
By Radhika Menon
Get Even More From Bustle — Sign Up For The Newsletter