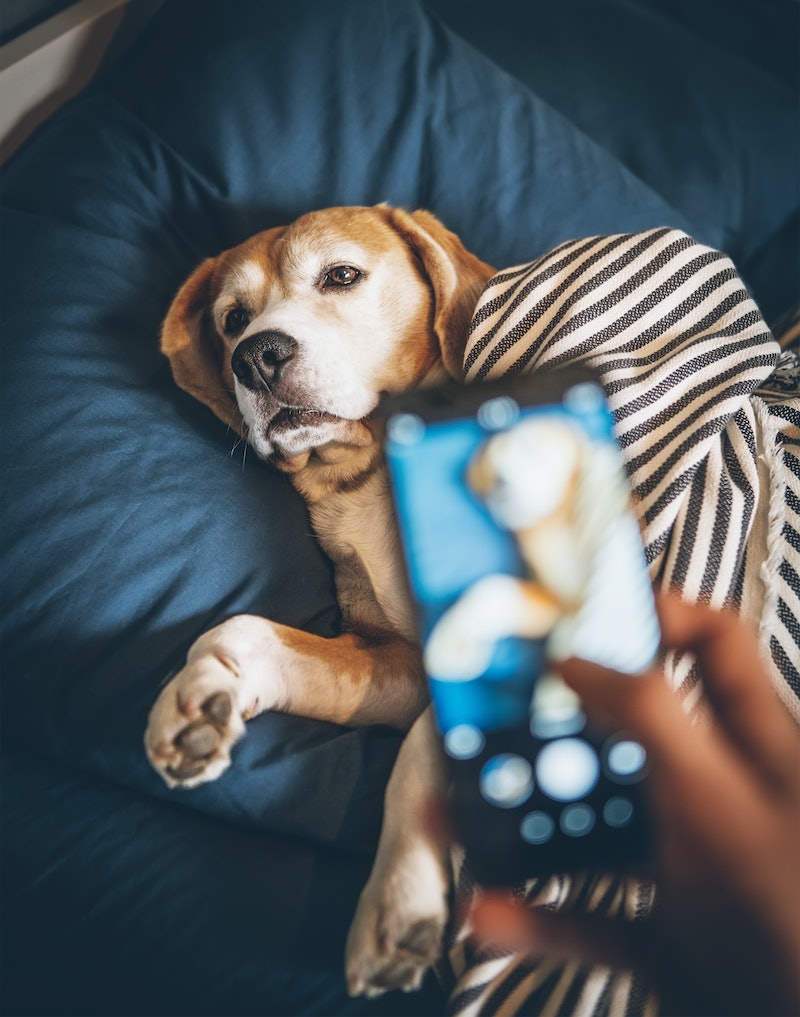 When it comes to viral social media content, animals tend to do very well, which is why the recent “We’ll plant 1 tree for every pet picture” trend spread so quickly on Instagram Stories.

The trend – which began circulating via the new “Add Yours” feature on Instagram stories on November 2, 2021 – has seen close to five million people worldwide share photos of their pets with the belief that online company Plant A Tree Co would plant a tree for every photo shared.

While seemingly a win-win for pet lovers and the planet, concerns have started to arise about the validity of the campaign. So, what is the truth behind this latest trend? And will we really be seeing five million new trees planted as a result?

The short answer is, no. On Nov. 9, Plant A Tree Co were forced to clarify their position. The company said they started the trend as “a fun tree planting campaign” but quickly deleted it “10 minutes later” after realising that it “would grow too big” and they didn’t have the resources to plant that many trees.

Their post continued: “Even though we deleted it, a week later out of nowhere the stories continued to spread out of our control, reaching millions of reposts. Our credit for the post was also removed, because of what seems like an @instagram bug.”

Plant A Tree Co – which claims to have raised $500,000 for “different charities” and planted 6,500 trees since it began operating – went on to say that their ultimate goal was to raise awareness about a fundraiser being run by TreesForTheFuture. “WE NEVER TOUCH ANY OF THE MONEY,” Plant A Tree Co emphasised in caps in their post. TreesForTheFuture has since released a statement saying they are not affiliated with the Plant A Tree Co Instagram and asked that all donations should be made directly via their website.

While the situation could be seen as a harmless mistake that got out of hand, some social media users aren’t so convinced. Among the skeptics is journalist and comedian Patrick Marlborough, who shared an extensive investigation he did into Plant A Tree Co and its founder Zack Saadiou via Twitter.

Malborough alleges that Saadiou relies on a business model that involves “selling dirt cheap necklaces at an insane markup, claiming to donate the money to charity, and pocketing it.” And Malborough claims this isn’t the first time Plant A Tree Co have pulled a “viral stunt” like this, having allegedly got caught out for the same thing in 2019. Elsewhere, an account named Exposing Instagram Scams has accused Plant A Tree Co of the same thing.

In a response to the about his business model, Saadiou told Bustle UK on Nov. 11, “Yes, we fund our business by selling necklaces that our followers love. Since we are a small and new business that only recently gained buzz, this is our best option to fund our business without making huge and risky investments. Soon, we will start creating our own products and hold them on hand in order to provide quick shipping and higher quality. I don’t understand how this correlates with us being a scam, we are fully transparent that our products aren’t the best quality, and shipping times may be longer.”

In a statement given to CNET on Nov. 9, Saadiou said, “There have been a lot of accusations about Plant A Tree Co and I understand where they're coming from, as we have made unintentional mistakes in the past.

“It all stemmed from our first viral post that we never anticipated would grow so big in 2019, when I was 21 years old and a junior in college. We addressed it, stopped the post and stated that it would be impossible to plant. Unfortunately, this set a negative tone for the brand which I truly intended to be for a great cause.”

He added, “We never touch any of the funds raised and it goes directly to the Instagram approved charity. This has been very effective due to the viral nature of these fundraisers, and through our platform we have managed to raise over $500k total for several charities.”

On Plant A Tree Co’s Instagram story highlights, you can find a “Proof of Previous Donations” post, which includes 18K to “help save Palestine.”

The pet picture trend has once again highlighted the power of Instagram and its sharing abilities. However, a spokesperson for Instagram’s parent company Meta has clarified to the Independent that, “like all other ‘Add Yours’ sticker threads, [the pet sharing thread] was started by an independent Instagram account – not Instagram.”

Editor’s note: This article was updated on November 12, 2021, to make clear the relationship between Plant A Tree Co and TreesForTheFuture and to add a response from Zack Saadiou in regards to Patrick Malborough’s accusations about Plant A Tree Co’s business model.

More like this
Behind The Hilarity Of The "POV: You Walk Into My Room" TikTok Trend
By Lexi Inks
The Real Reason Your Instagram Story Viewers Show Up In That Order
By Emma Carey
Why TikTok Is Obsessed With Caesar Salads Right Now
By Alexis Morillo
This TikTok Song About An Unrequited Romance Has FYPs In Shambles
By Emma Carey
Get The Very Best Of Bustle/UK

This article was originally published on November 10, 2021