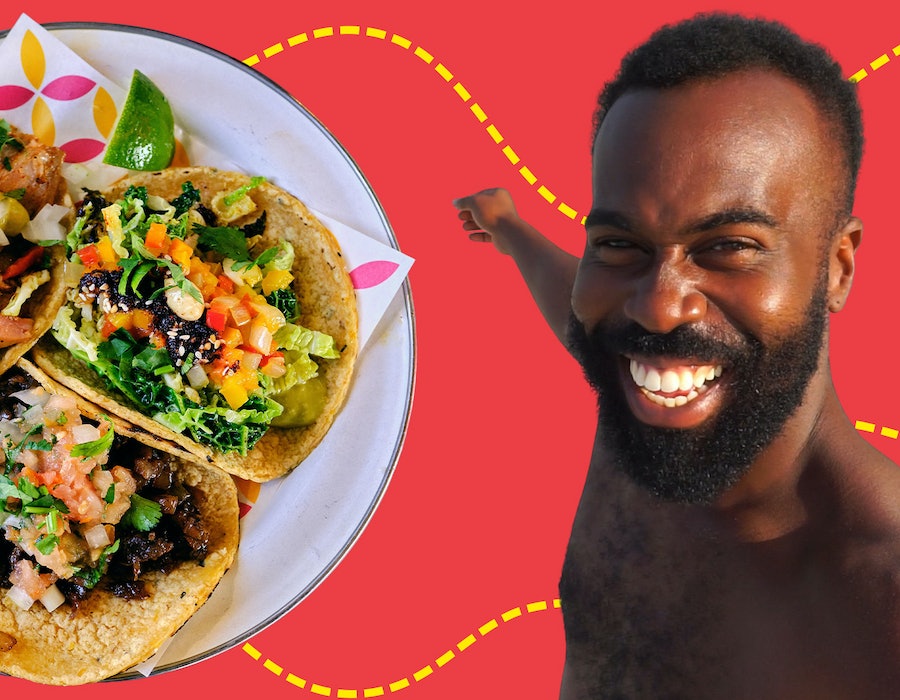 One of the most exciting parts of traveling to a new place is the opportunity to try all the food — after all, one of the best ways to get to know a country and a culture is by enjoying all of the local comestibles it has to offer. For people who eat everything, travel is a piece of cake; if it's there, you're down to try it. But what if you have dietary restrictions? For example, is traveling and eating abroad more of a challenge if you're vegan?

To explore what it's like to travel as a vegan, Bustle caught up with a vegan chef and travel blogger named Will Edmond while he was making his way around Mexico. Anyone with even a passing interest in Mexican cuisine knows that many of the country's traditional dishes revolve around meat and cheese — and in that environment, what's a well-intentioned vegan to do?

Luckily, vloggers like Edmond have the answers. In this episode of Seekers, a travel series from Elite Daily, Edmond reveals where and what to eat if you're a vegan traveling through Mexico — and how to plan an entire culinary adventure for less than $600. Edmond traveled to Playa del Carmen and Tulum, two cities known for having plenty of vegan options.

To learn more about Edmond's trip — where he stayed, what he ate, how much he spent, and what brought him there in the first place. Check out his video travel diary above.

Have you subscribed to Bustle Digital Group on YouTube? ►► https://bit.ly/2BUqGfA