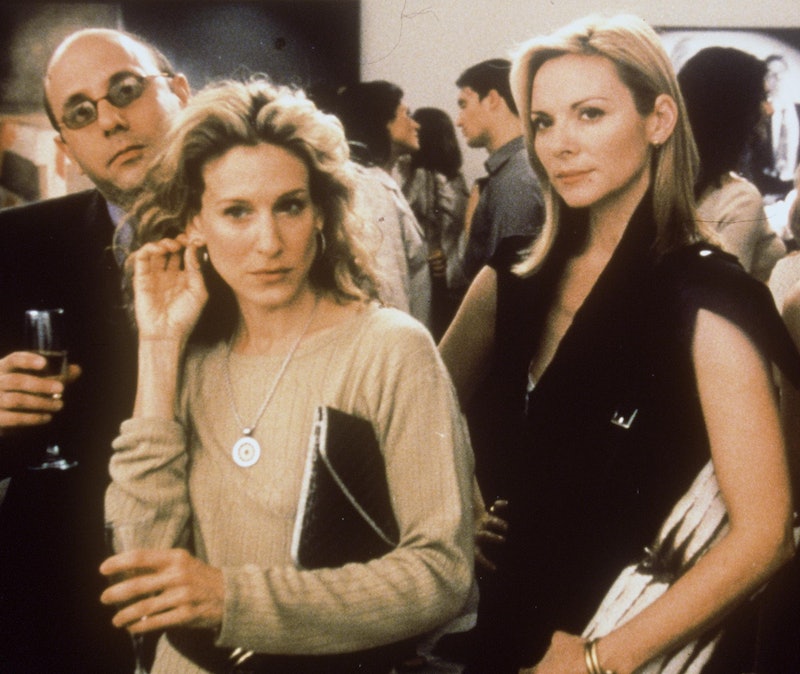 Welcoming “main character energy” was a total vibe when lockdown came to an end, with people only to happy to live as though they were the lead star of their own movie. But folks are now opting to move out of the spotlight into the realm of the supporting character. “Side character energy” is a rising TikTok trend, but what does it actually mean?

First of all, you need to understand the context behind “main character energy.” According to Insider, this phrase, commonly known as “main character syndrome”, was a major TikTok phase in 2021. Sex and the City’s Carrie Bradshaw is often used as an example of main character energy — someone who is a “self-centred, entitled person whose life needs to be the centre of her friends attention,” as Insider writes. Quite simply, main character syndrome “refers to identifying as the protagonist in your own life story,” as therapist Kate Rosenblatt said. While this characterisation is not a mental health diagnosis, it’s often used to describe someone who “believes the people around them live to support them, and views themselves as the main character of their life.”

There’s more to “side character energy” than just being an offshoot of “main character energy.” The new vibe seems to originate from Lola (@lolakola), a TikTok user that just wants to live “with great outfits and funny one liners,” and to just be “funny and sexy.” Other users agreed. “I’m on my Karen from Will & Grace wave,” one wrote in the comments. “Jennifer Coolidge energy all year,” wrote another.

While embracing “side character energy” can be freeing, you need to make sure you don’t lean too far into it. “When you’re not tending to yourself, feelings of inadequacy and low self-esteem often show up,” psychotherapist Abby Rawlinson MBACP told Well + Good. “There’s definitely a dance we do in healthy, balanced relationship where sometimes we step back and lift other people up, but when we need to, we’re still able to step forward into the spotlight.”