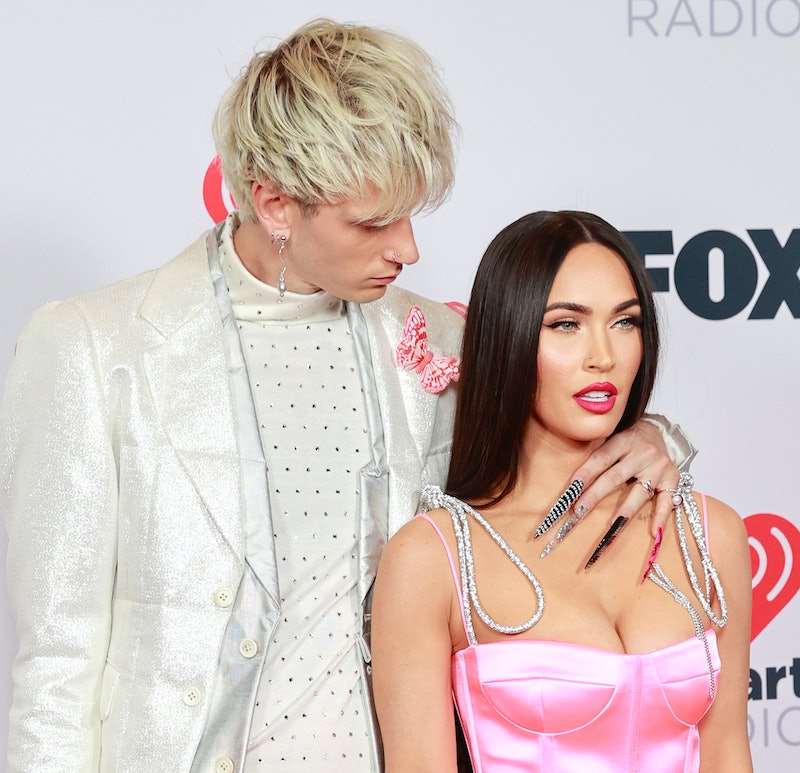 To anyone else, two Tauruses in a relationship seems like the definition of boring. This is a couple who will go to the same restaurant every Friday night at seven until they’re old and gray. After all, the zodiac’s bull is a creature of comfort. They like what they like, they hate surprises, and tend to stick to a routine. While their approach to life would definitely turn some of the more spontaneous zodiac signs off, no one understands the bull like another bull. Taurus and Taurus’ compatibility will tell you everything you need to know about this earthy duo.

“A romantic relationship between a Taurus and another Taurus can be stable and dependable, but not the most exciting,” astrologer Kristina Bakrevski tells Bustle. “They both crave routine, hard work, and domesticity, but lack passion, spontaneity and diversity. They tend to act like an old married couple pretty fast, sticking closely to what they prefer.”

As two fixed signs, two bulls could find each other and know immediately that they’re meant to be or stay in the “will we, won’t we” phase forever. As Inbaal Honigman, celebrity psychic and astrologer, tells Bustle, the slow and steady bull’s quiet ways could prevent them from properly falling in love. Both signs would hold back until one steps up and and confesses their feelings, which may take a while as bulls are known for being the most patient among the signs. More “exuberant Taureans” like Megan Fox and fiancé Machine Gun Kelly — who describe each other as “twin flames” — will get together, stay together, and enjoy the stability they both value in relationships.

Sexually, two Tauruses make an OK match. Taurus is one of the most sensual signs in the zodiac. They’re all about physical touch, and they love showing their partner affection. According to Stephanie Gailing, astrologer and author of The Complete Guide to Astrological Self-Care, Taurus know what it’s like to give and receive pleasure.

“Each partner may be very keyed into what the other may desire when it comes to touch, as well as creating a beautiful environment that inspires romance and pleasure,” Gailing says. “If each partner can communicate to the other what they need, their sexual life may be quite fulfilling.”

However, because it is two Tauruses, it’s not the most sexually exciting match. There is potential for this pair to get stuck in a rut due to their preference for the familiar. If both partners are open and willing to shake things up every now and then, their sex life should be satisfying enough for them both.

Emotionally, a double-Taurus relationship will just get each other. According to Gailing, they will understand each other’s need for security and how stressful change can be. Taurus is also known for moving very slowly, especially when it comes to emotions. Neither partner will push the other to move the relationship at a faster pace. “They instinctively know how much time the other needs to process and move through their feelings,” Gailing says.

At the same time, bulls are known to bottle up their frustrations, which could lead to resentment in the relationship. As Honigman says, “Two people who struggle to express are each other's worst enemy — there's no one to open the gates of conversation that could lead healing.” Taurus are very patient and will give their partner multiple chances to right any wrongs, but at some point, it will come out in an explosive manner. (Just imagine an enraged bull.) When Taurus has reached their limit, there’s no stopping them from saying things that are mean or hurtful.

Taurus is as stubborn as they come. When you have two people who are set in their ways and believe their opinion is the only one that matters, you’re going to run into problems. “They both want to be right in a world where only one person can be right,” Stina Garbis, professional astrologer and psychic, tells Bustle. “It reminds me of two people coming together on a path and meeting face to face but not being able to get past each other because they can’t figure out who should go around and who should stay on the straight path.”

In order for their relationship to work, at least one partner needs to be flexible enough to see both sides of an issue. With time, the other may start to bend a little as well. Ultimately, Taurus does want their relationship to last. If they see their partner making an effort to keep things harmonious, they’ll put aside any selfish needs for the sake of the relationship.

A friendship between two Taurus signs can be described as pleasant and collaborative. “Your everyday Taurus is chill, quiet and calm,” Honigman says. “Doubling up on this vibe is a joy and a privilege.” A pair of Taurus friends will enjoy shopping trips, spa days, eating out at the newest restaurants, and weekend getaways to places where they can fully relax. They understand each other’s dry sense of humor and will always be there to support each other. Since Taurus is a sign that values stability, there’s a good chance these two can be friends for life.

The Biggest Potential Problem Areas In A Taurus-Taurus Relationship

With that said, dating someone of the same zodiac comes with its share of issues. Tauruses are notoriously stubborn, and like to believe they’re always right. Unless one or both partners are willing to give in and compromise, these two will never have a fully harmonious relationship. Tauruses are also known for bottling up their emotions, and letting it all out at once. It’s important for them to communicate issues as they come up, or else risk a huge fight later on.

But no surprise, the biggest threat to a Taurus-Taurus relationship is monotony. “Taurus has really strong preferences and can go long periods of time with the same routine, same job, same way of living — same everything!” Bakrevski says. “This can cause a lot of stagnancy between couples, so these two really need to incorporate variety into their relationship.”

Are Taurus & Taurus A Good Match?

Overall, a Taurus and Taurus definitely has what it takes to make it long-term. Both partners just have to be willing to step outside of their comfort zone every now and then. As Bakrevski says, “Taurus energy is ruled by the earth element, so in order for this partnership to stay healthy and resilient, the soil must be tilled often. Don’t be afraid to switch things up!”

Stephanie Gailing, astrologer and author of The Complete Guide to Astrological Self-Care

This article was originally published on March 18, 2021