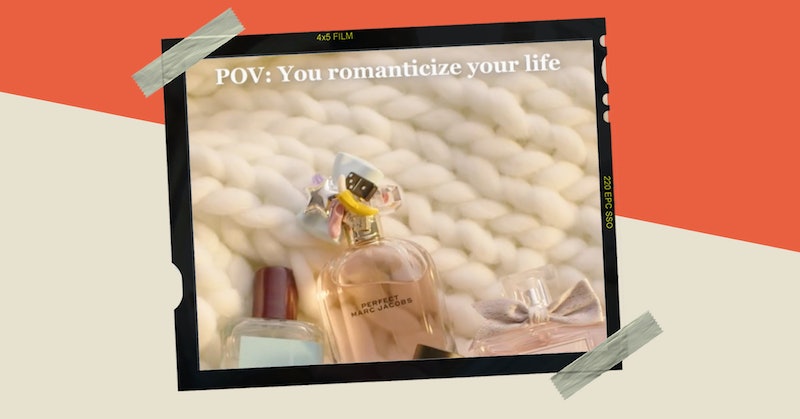 POV: You’re on TikTok and see your fifth “POV” TikTok in a row. With the acronym typically preceding hyper-specific prompts or scenes, knowing what it stands for can provide some crucial context. So, what does POV mean?

If you’re a film buff, or just acronym savvy, you probably know that the phrase means “point of view.” Typically, it is used to refer to a shot in a film in which the camera takes on the “point of view” of its subject. But, you might have even seen it used online before outside of TikTok — such as someone on Twitter discussing their “POV” about the day’s dramatic discourse.

However, even those familiar with POV might see the acronym used on TikTok and feel totally confused. Like many phrase that go viral on the app (the hashtag #pov has 593.9 billion views) POV seems to have experienced a game of telephone — traveling from one user to the next until its intended meaning is totally botched. Here’s how POV is typically used — and misused — on TikTok.

What Does POV Mean On TikTok?

Since TikTok is a video app, applying “POV” style film shooting translates very easily to TikTok clips. All you have to do is shoot from the perspective that you’re describing.

Or, here’s another quite literal example of “pov you’re a bully” from TikToker @sissybaelol.

And, of course, a great POV TikTok pulled off by none other than Bustle.

As POV videos have become more popular, though, many users have lost sight of what “point of view” means. Now, the phrase is often just used to precede any prompt for a user acting out a scene. Instead of shooting the TikTok from the “POV” that they’re describing, they’ll often depict themselves acting out the prompt to the camera.

For example, while a POV of you walking in on your sister dumping her boyfriend would typically show the sister, this TikTok depicts the people walking in on her.

Luckily, even when used inaccurately, it’s fairly simple to figure out the intended meaning of a POV video once you know that POV means “point of view.” And, with this knowledge, your point of view has been forever enlightened.