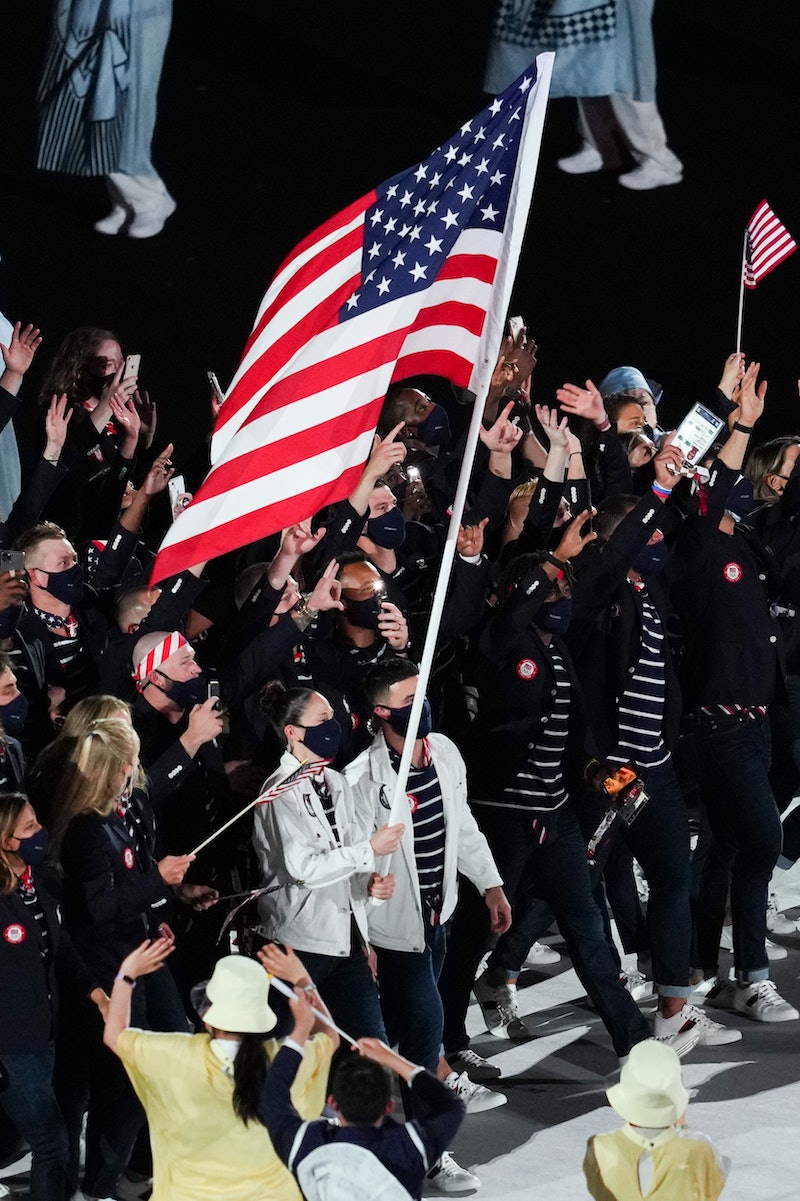 With over 11,000 athletes competing in the 2021 Olympics in Tokyo, Japan, the question of which country has the biggest Olympic team is begged. Is there a dramatic difference in how many delegates countries can bring with them to the Olympics? What's the deciding factor in the number competing for each country? Interestingly, the range between the countries with the largest and smallest delegations is pretty significant.

According to the Washington Post, Team USA has 657 athletes, making them the biggest group in Tokyo, followed by Japan, the hosts, with 615. And 193 of Team USA’s roster are returning Olympians, no strangers to competing under the five rings. Californians should feel a lot of local pride, too, as 126 members of Team USA call the Sunshine State home, per Forbes.

Though this year’s Olympics will look different due to COVID restrictions, ambitions are still running high. China has sent their biggest-ever Olympic delegation to Tokyo, with 431 athletes vying for gold, according to the Associated Pres. Canada has also sent their biggest Olympic team since 1984, per Reuters, with 371 athletes under the maple leaf flag. And the Russian Olympic Committee (ROC) has 335 athletes competing, according to The Independent, 50 more than Russia sent to Rio. (Russia was officially banned from the Olympics for two years in 2019 for doping, but its athletes can compete under the ROC’s banner.)

On the other end of the scale, some countries have brought only two athletes to the Tokyo Games. According to the Washington Post, 13 countries have two-person Olympic teams: Andorra, Bermuda, Brunei, Central African Republic, Dominica, Lesotho, Marshall Islands, Mauritania, Nauru, Saint Kitts and Nevis, Somalia, South Sudan, and Tuvalu. In total, the Olympics will feature 11,091 athletes from a total of 205 countries, as well as the IOC Refugee Olympic Team. (Most modern Olympics have featured 206 countries, but in April, North Korea decided not to compete in Tokyo, citing COVID concerns.)

But while bringing a larger delegation may increase your chances of bringing home more medals, countries with only a handful of delegates can and do still bring home the gold. And of course, some countries attend the Olympics and never bring home the gold, but they're still representing their homes with pride. Even if Olympians aren't winning medals, they're still Olympians nonetheless — and that's a huge win, whether you've got a medal or not.

More like this
21 Galentine’s Day Memes To Celebrate Your Best Friends
By Meghan Bassett and Mia Mercado
Everything You Need To Know About The Samsung Galaxy S23 Ultra’s New Camera
By Alexis Morillo
Samsung's New Phones Have Amazing Cameras & Come In 8 New Colors
By Alexis Morillo
Dunkin’s Valentine’s Day Lineup Includes A Drink That Tastes Like Dessert
By Alexis Morillo
Get Even More From Bustle — Sign Up For The Newsletter
From hair trends to relationship advice, our daily newsletter has everything you need to sound like a person who’s on TikTok, even if you aren’t.

This article was originally published on Aug. 8, 2016