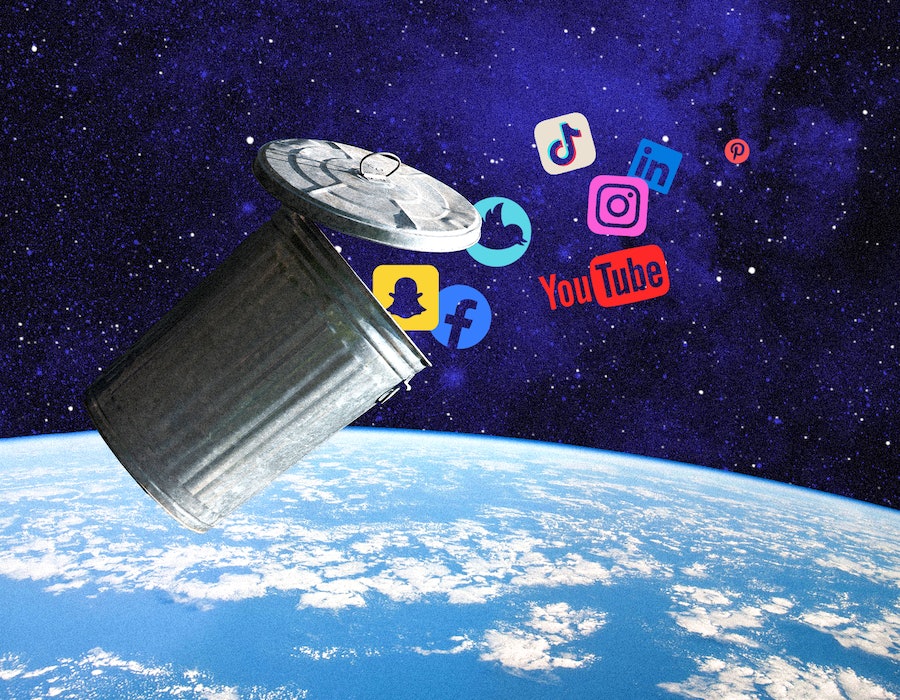 Facebook offered us a taste of what a social media-free world would look like on Oct. 4 when the eponymous app, Instagram, and WhatsApp went dark for over five hours. I’m proud to report I didn’t discover the outage until the sites were down for at least 12 minutes, according to my group chats. (I was taking a particularly long shower.)

While the day was hellish for anyone who uses WhatsApp to communicate with their family, jokes about the crash abounded on Twitter, and the compulsory unplugging made some of us just a bit… I don’t know, happier? By the end of the day, I felt so digitally detoxed that I didn’t even want Twitter, TikTok, or Pinterest — although, to be fair, who really wants Pinterest? Mark Zuckerberg may have lost a few billion dollars, but I enjoyed myself. It was so ’90s!

But the forced experiment begged the broader question: What would the world be like if Facebook and co. never came back online? Or if social media were gone for good? A few ideas:

More like this
Why Everyone Is "Soft Tagging" Friends On Instagram Right Now
By Alexis Morillo
20 Smart Devices Under $35 That’ll Change The Entire Vibe Of Your Home
By Emma Carey
Here's How To Get Your iPhone To Update Automatically Forever
By Emma Carey
30 Clever Ways To Slide Into Your Crush's DMs
By Griffin Wynne, Carolyn Steber and Lexi Inks
Get Even More From Bustle — Sign Up For The Newsletter