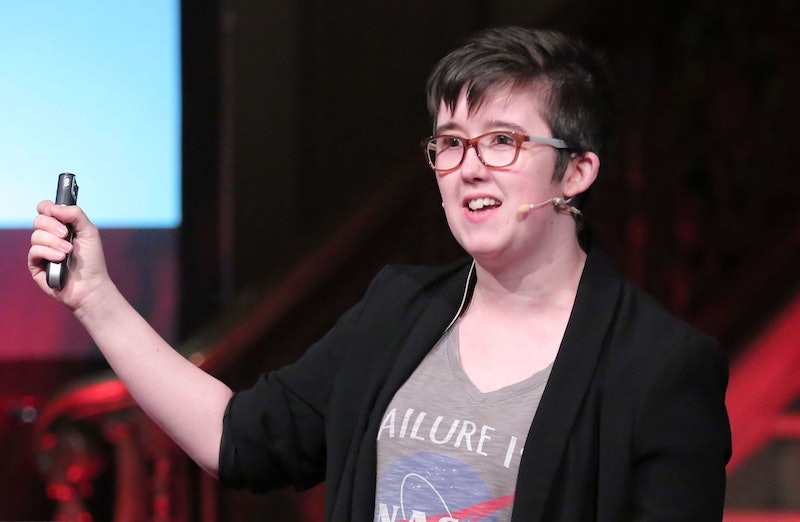 In April 2019, writer and campaigner Lyra McKee was shot dead while observing riots taking place in Derry, Northern Ireland. Now two men have been charged for the murder of the Northern Irish journalist.The Guardian reports that the pair, aged 21 and 33, were also charged with possession of a firearm and ammunition with intent to endanger life, riot, possession of petrol bombs, throwing petrol bombs and arson, according to the Police Service Northern Ireland (PSNI). The 33-year-old was also charged with robbery.

A third man, aged 20, has been charged with riot, possession of petrol bombs and throwing petrol bombs, reports The Guardian, while a 19-year-old man has been released pending a report to the Public Prosecution Service, PSNI added. All three men who were charged are expected to appear before Londonderry Magistrates Court via video-link on Friday.

The latest developments in the case follow the four men being arrested under the Terrorism Act 2006 McKee’s murder on Wednesday (Sept. 15).Four others were arrested in February 2020, and were detained under the same act. A 52-year-old man was charged with murder at the time, but denied all allegations, per The Guardian

It’s the culmination of a two-year investigation into McKee’s murder, senior investigating officer detective superintendent Jason Murphy told the Guardian: “The local community have supported the Police Service of Northern Ireland throughout the course of this protracted investigation and I wish to thank them for their continued support.”

The BBC reports that McKee had recently moved to Derry and was standing near a police 4x4 van when a masked gunman opened fire in the direction of the police and those standing nearby. The news of her death shocked and devastated many. She’d been named Sky News young journalist of the year in 2006 and, ten years later, Forbes had named her as one of their 30 under 30 in media in Europe. McKee had also signed two book deals. And, on top of being a budding writer, she was also a prominent LGBTQ rights advocate.

Speaking about the case, the Independent (via Press Association) reported in February that DSI Murphy was appealing for new information. “I want the community in Creggan to think about how that horrific attack impacted them personally and how it impacted the entire community,” he said.

The detective continued:“We saw wide-scale revulsion after Lyra was murdered and I remain determined to work with the community and local policing to convert that revulsion into tangible evidence to bring those who murdered Lyra to justice.”

The police are asking those with mobile footage from the night of the murder to submit what they captured via the Major Incident Public Portal.

This article was originally published on Feb. 11, 2020