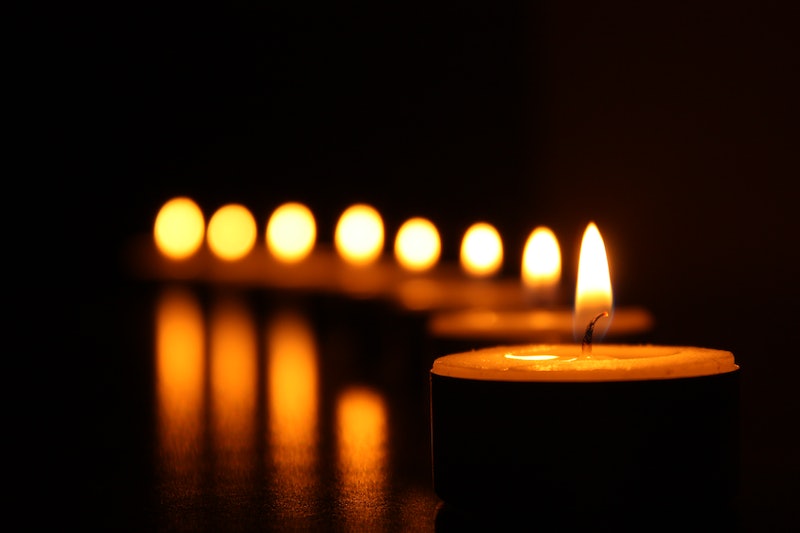 The Ouija board: Fun middle school slumber party activity or terrifying gateway to malevolent spirits? Or maybe a little bit of both? In a number of Reddit threads, redditors share their creepiest Ouija board stories, and they're enough to make you “Nope” as far as you can from this spooky board game classic. Even if you don’t believe that Ouija boards work, these stories might just send a chill or two up your spine.

Ouija boards have been around since the late 19th century, when spiritualism (a movement in which people believed that the living could communicate with the dead, often through mediums) was popular in the United States, Britain, and Europe. Most Ouija boards are printed with the full alphabet, the numbers 1 through 9, “yes” and “no” in the corners, and “goodbye” running along the bottom. Players sit around the board and rest the tips of their fingers on a teardrop-shaped planchette that slides across the board, spelling out words and giving answers to questions.

The idea behind the Ouija board is that spirits of the dead will guide the planchette to deliver messages from the great beyond. If you ever used the board during middle school sleepovers, you’re probably already well aware that, usually, it’s Stephanie from 5th period (or Jennifer from 3rd or what have you) who’s really the guiding force behind the board’s spooky revelations. But plenty of people will swear that they’ve really experienced the Ouija board “working” without their input. They insist that the board gave information that they themselves didn’t know — so how could they have guided the planchette?

Science has an answer for that. Researchers say that the Ouija board “works” because of the ideomotor effect — a psychological phenomenon in which people move their bodies without intending to and without even being conscious of the movement. So it’s entirely possible for someone to say, honestly, that they didn't attempt to move the planchette, when in fact they moved it unconsciously. Studies have also shown that the ideomotor effect can reveal unconscious knowledge — so a player can give correct answers to questions using a Ouija board, even when that player wouldn’t be able to give the answers verbally. It’s not quite as sensational as talking to the dead, but the idea that our bodies can unconsciously reveal knowledge we didn’t even know we had is still kinda creepy, right?

In the stories below, redditors share their freakiest Ouija experiences — only some of which can be explained by the ideomotor effect. The rest... who knows? (Cue creepy music.)

Maybe someone just had a very accurate internal clock?

2. Beware the yard sale Ouija board.

I'm all for vintage shopping, but, seriously, that is something I would not buy used.

That is both sad and terrifying.

It's like Daenerys in Game of Thrones. Only, you know, a board game and not the Mother of Dragons.

I don't usually think of Phil Collins music as being scary, but this would creep me out, too.

6. "No one was standing close enough to touch them."

7. "I pretty much believe in ghosts now."

Rule Number One: Don't take a Ouija board to a CREEPY ABANDONED WAREHOUSE.

Rule Number Two: Don't take a Ouija board to a HAUNTED UNDERGROUND CITY.

That sounds like the beginning of a horror movie.

I would have run out of there, too.

More like this
14 Scary Campfire Stories To Tell Your Friends
By Charlotte Ahlin and Kaitlyn Wylde
26 Ghost Story Podcasts To Get You Ready For Halloween
By Jessica Booth, Mia Mercado, JR Thorpe and Emma Carey
15 Easy Pranks To Play This Halloween
By Emily Kelley and Lauren Grant
Deliveroo Is Selling Lotus Biscoff Cinnabons Now
By Darshita Goyal
Get Even More From Bustle — Sign Up For The Newsletter