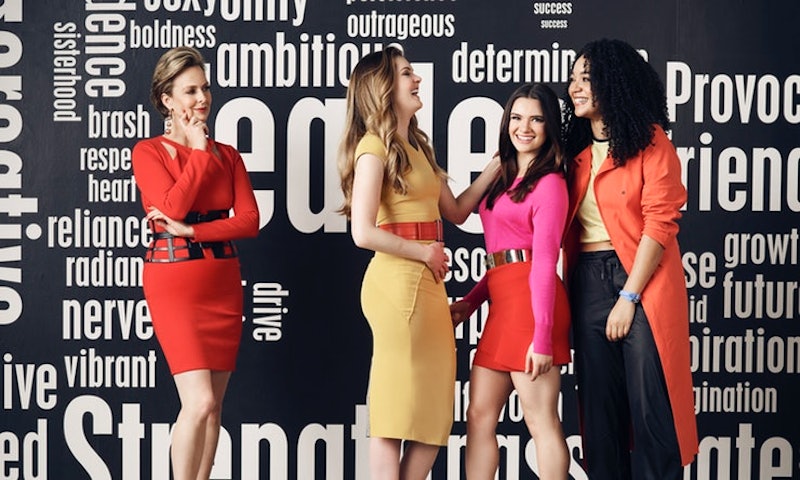 Freeform's The Bold Type hit screen like a millennial feminist firework this past summer, quickly becoming one of the network's most popular and talked about programs. Equal parts celebrated and maligned for its take on feminism, young women in the workplace, and its depiction of the magazine industry, it's been hard to escape the show if you are at all interested in television or pop culture. If you're in the camp who loves the program and have been obsessively watching since the beginning, you are probably feeling a little bit lost since the season finale... especially since a Season Two of The Bold Type is still up in the air.

But, as usual, there is nothing better to replace an on hiatus TV show than a tall stack of books that cover similar themes, take place in a similar world, or just have the kind of humor and characters you have come to love. All of the 11 books below are perfect for fans of The Bold Type who want more from the magazine industry, fashion world, and badass women like Jane, Kat, Sutton—and yes, Jacqueline, too—who are up front about their desires; in career, friendships, sexual relationships, feminism...and everything else. Whether you're looking for memoir, fiction or essay collections, there is something below for everyone. Read on, and stay bold.