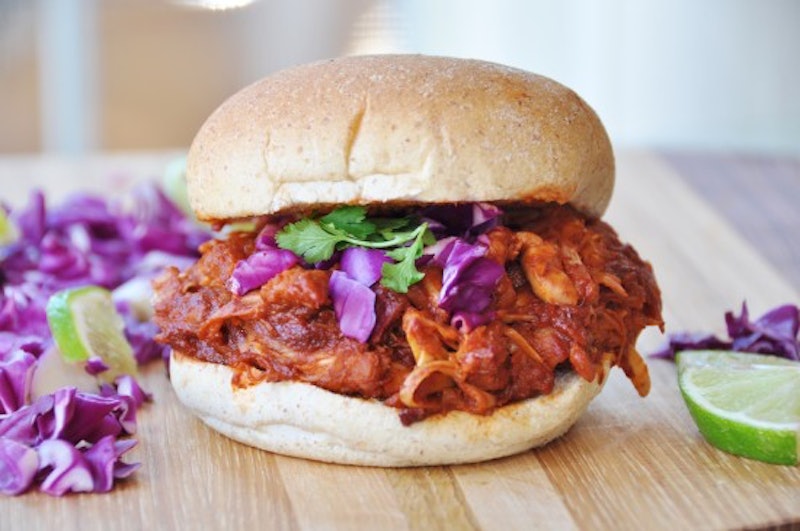 Just because grilled meat gets all the attention on Independence Day doesn't mean there aren't tons of meat-less dishes that are worthy of your hunger. There are tons of vegan Fourth of July BBQ recipes that are so good and so filling, you wouldn't even know they're vegan. People who don't always eat a plant-based diet often think of vegan food as rabbit food; they imagine a plate of veggies and a rumbling stomach. But the reality is that vegan food can be even more plentiful and varied than meals made with animal products.

From meat substitutes to expertly grilled veggies that are seasoned to taste exactly like meat, there's tons of options that will blend in perfectly with the traditional BBQ spread. Here I've put together a list of vegan dishes that you'll actually look forward to eating, and that won't feel like substitute that's missing something. With a little bit of creativity and planning ahead, party-goers of all dietary restrictions and preferences can eat harmoniously together — and leave with the same amount of BBQ stains, too.

This veggie burger is a great option if you're feeding a ton of vegans, as it's super easy to make in large batches and the ingredients are dirt cheap. Check out the recipe on Fo Reals Life.

Want the taste and heartiness of BBQ, but without any of the animal products? These tempeh skewers will really hit the spot, plus they're really easy to assemble and customize, so you can add your favorite veggies and herbs to might it just right. Check out the basic recipe on Fo Reals Life.

This hearty cold soup might look meaty, but all that bulk comes from veggies and bread cubes. It's refreshing, it's filling, and it won't weigh you down in the summer heat. Check out the recipe on Naturally Ella.

When you have your own homemade vegan BBQ sauce, you can turn any dish into a summer favorite. Whip up this sweet but healthy sauce with the recipe from Oh She Glows and add it to all your favorite grill-able foods.

This BBQ-style tofu dish is so easy to make, it literally takes a few minutes from prep to plate. All you have to do is cook up some tofu cubes on the stove and dress them in a vegan BBQ sauce. Check out the recipe on Oh She Glows.

Mac and cheese makes the perfect side to BBQ food, so this vegan, cheese-less option will be the perfect mate for your vegan BBQ feast. Check out the simple and flavorful recipe on Cookie & Kate.

This fiery, roasted salad hits all the right notes for a BBQ, even though it's totally meat-free. Check out the recipe that's good enough to impress the carnivores on Cookie & Kate.

While you're throwing meat-imitations on the grill, throw some veggies on that are will hold their own. This epic veggie platter grain dish can easily be made vegan by leaving out the eggs and feta, and will feed tons of guests at your Fourth of July party. Check out the recipe on Green Kitchen Stories.

This shroom bun recipe from Wallflower Kitchen is rich, flavorful, and nearly as filling as a burger, but without any of the animal products. Serve it as an appetizer or load them up for your main dish.

Are you a recent vegan with a craving for ribs? This "ribz" recipe from Veganosity will hit the spot. This imitation dish "honey rib" dish is all mushroom and sweet vegan sauce, and no animal products what-so-ever.

More like this
Dunkin’s Pumpkin Spice Latte Is Officially Back This Week
By Mia Mercado
I Tried The $20 TikTok Viral Oishii Strawberries — Here's What I Thought
By Sophie Hanson
Trust Me, Pickle Martinis Are The New It Drink Of The Season
By Emma Carey
The 8 Best Chew Bones For Puppies, According To A Vet
By Andrea Hannah
Get Even More From Bustle — Sign Up For The Newsletter