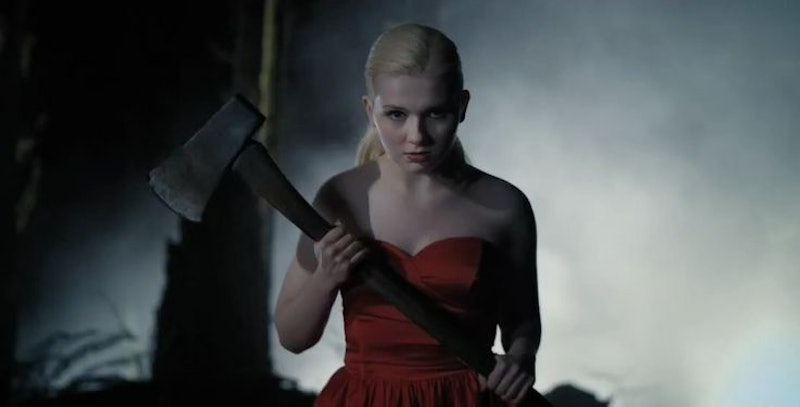 Women's History month may be in March, but we should celebrate the hard-won triumphs of the Women's Liberation movement 365 days of the year. During fall's spookiest season of October, there's no better way to do so than enjoying the delicious exaggeration of fictional worlds where women are indeed doing it for themselves. These 12 female-centric horror movies are available to stream right now on Netflix, indulging your appetite for chills, gore, and smashing gender mores. These movies prove that despite its reputation as a misogynist torture-fest where women's bodies are merely canvases for depraved violence, horror as a genre is one of the most gender-equal out there.

In an industry where underrepresentation of women in front of the camera is a serious problem, horror is the rare outlier. According to MoviePilot, several studies have reported that it's the lone genre where women get more screentime than men, and nearly as much speaking time. The way they're treated varies, of course, but often, storylines and character development are progressive. In horror movies, society's fears are warped and reflected back at us, with women being portrayed as targets and victims of very real animosity, as well as as survivors who use every ounce of wiles and strength to make it through.

These 12 films are a refreshing dip into a world where men take a distant backseat, where ladies fight for themselves, and where the struggle to just live becomes over-the-top enjoyable entertainment.