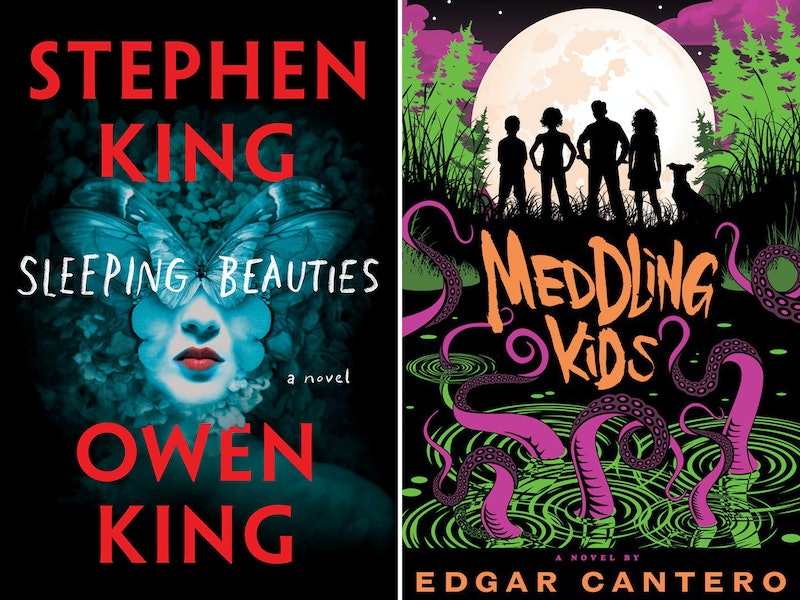 So, you've already binged all of Stranger Things Vol. 2 and your life feels a little bit like the Upside Down now that you don't have anything to watch? Fear not, fellow nerds, because 2017 not only brought us another adventure in Hawkins, Indiana, but it also has plenty of new books for fans of Stranger Things who need something to keep them occupied until the next season comes out.

When Stranger Things was released on Netflix last fall, it became an instant hit. Viewers could not get enough of the iconic '80s pop-culture references, the nostalgic soundtrack, the spine-tingling story-telling, or the outstanding on-screen performances, especially from the younger cast. With their original series, The Duffer Brothers created a perfect mash-up of action, adventure, mystery, and heart. While there is plenty of suspense to keep viewers on the edge of their seats, there is even more emotion — from a concerned mother, a worried best friend, a kid in love for the first time — to give them all the feels.

Another homage to '80s cinema, Stranger Things: Vol. 2 — save for one troublesome episode — gave fans exactly what they love: a titillating mystery, a relatable coming-of-age story about friendship and young love, and heavy dose of nostalgia. The only problem? It's way too addicting, and way too short.

If you have already watched all of Vol. 2, here are 13 new 2017 books that Stranger Things fans will love.