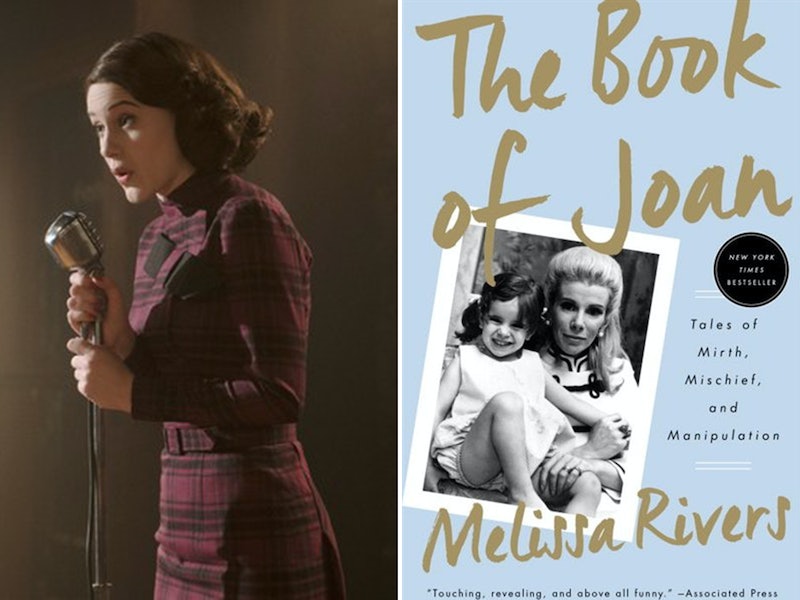 Even though what you're about to read is an entire list chock full of books about some of the most hilarious people in the world — who just so happen to be women — it still feels like the world just hasn't quite gotten the message that women are just as hilarious as their male counterparts. Just a quick look at the online backlash all-female remakes like Ghostbusters and the upcoming Ocean's 8 have received is proof-positive of that. But the truth is that women have been doing their part to revolutionize the comedy world for decades, from Moms Mabley in Vaudeville to Lucille Ball in television to Margaret Cho in stand-up. If you've been watching The Marvelous Mrs. Maisel on Amazon, you already know that women have been hilarious, well... forever. It is undeniable that comedy would not be the same today without these hilarious women, and so many more.

So as we continue on with our efforts to raise the voices of women everywhere, including in Hollywood where the push back against sexual assault in the workplace and beyond has exploded this year, there is really no better time to learn more about some of the funny women you've missed. Though the books below could never offer a comprehensive look at every woman who had a hand in building, shifting and focusing the comedy world, this is a collection of such women and a great way to start your own funny education. Just try not to laugh out loud on the subway while you read them.