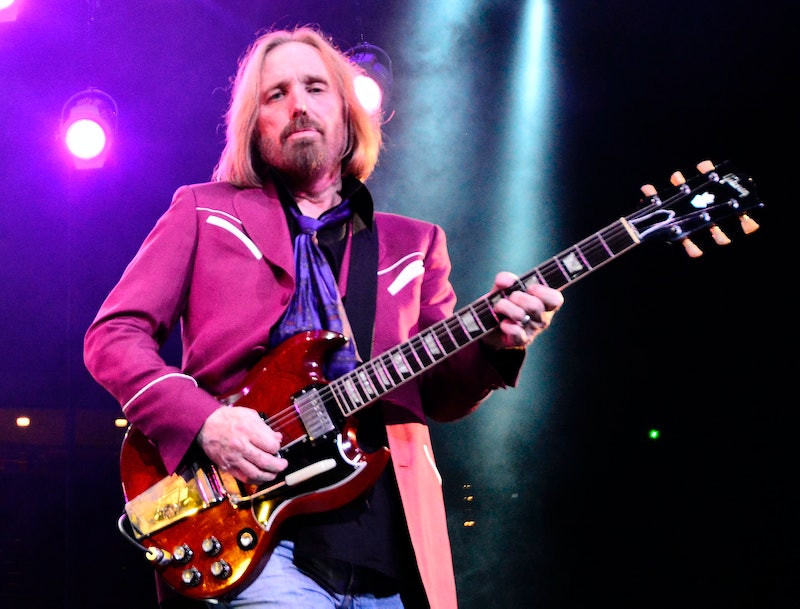 Tom Petty, who rose to stardom as the lead singer of Tom Petty and the Heartbreakers, passed away late Monday night. He was only 66, but he left a great impact on his fans throughout the years. Some are mourning the artist by looking through pictures of Tom Petty when he was younger to bring back the memories from his best moments and performances. As sad as the news is, these photos might help you smile.

The band's longtime manager shared the following statement on behalf of Petty, his family, and friends on the band's social media accounts:

"On behalf of the Tom Petty family we are devastated to announce the untimely death of our father, husband, brother, leader and friend Tom Petty. He suffered cardiac arrest at his home in Malibu in the early hours of this morning and was taken to UCLA Medical Center but could not be revived. He died peacefully at 8:40pm PT surrounded by family, his bandmates and friends."

Aside from the warm memories with family and friends, Petty had a profound affect on his fans and plenty of people who have never even met him. Check out these images of the iconic singer throughout the years that are guaranteed to spur up some nostalgia.

1. Smiling For His High School Yearbook

The short hair is a far cry from the rockstar everyone grew accustomed to seeing throughout the years.

2. Rocking Out On Stage

Singer Meredith Brooks shared this photo of Petty performing in honor of the legend.

3. Posing For The Camera

According to a post from Billboard, this image of Tom Petty is from a photo shoot in New York City in 1976.

4. Lounging On The Couch

Many people are sharing epic photos of the singer on stage, but this throwback shows him in moment of relaxation just like any other human being.

5. Smiling For A Magazine Cover

Petty was looking super blonde on the cover of Musician magazine for the March 1983 issue.

A fan shared this image of Petty waving with the American flag around his neck. Perhaps an ode to his band's song American Girl?

This photo really shows Petty in his element during the 1985 Pack Up The Plantation tour.

8. Biking On The Beach

Petty looked as cool as ever on his bike back in 2002.

9. Performing At The VMA's

Petty killed it at the MTV VMAs in 1989 with Guns n' Roses frontman Axl Rose.

10. Posing With An Apple

It's not every day that a rock star willingly poses with a piece of fruit, but Petty did just that in this 1985 photo.

11. Signing At The Record Label

It's not clear what exactly was going down in this 1977 photo, but it looks like the band was signing autographs for the fans at Tower Records.

12. Wearing A Red Hat For A Music Video Shoot

This photo is from the music video shoot for the 1991 Tom Petty and the Heartbreakers' song "Into The Great Wide Open."

Petty was in the zone for the band's performance on SNL in 1999.

Many people are mourning the loss of the rock legend by listening to his music, but many of these images bring back just as many memories. Some of them even show different sides of the artist that his fans did not always get to see. One thing's for sure, Petty is someone who lived his life to the fullest up until his very last second, and his impact will last forever.