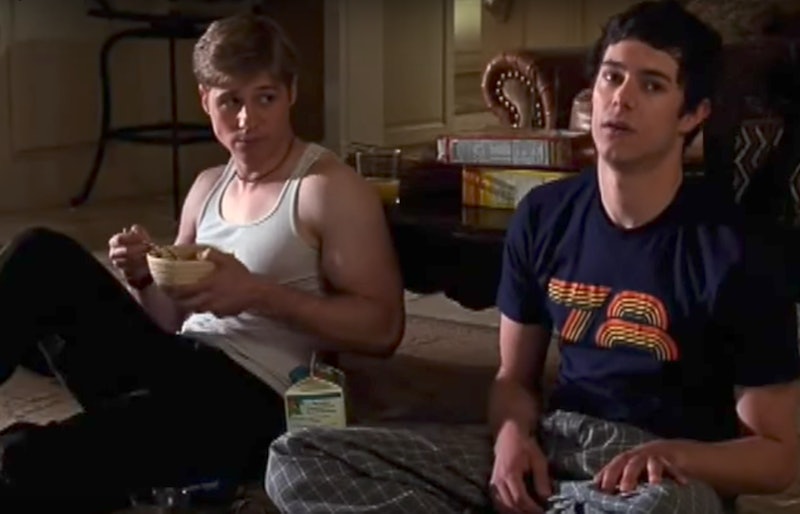 Like tucking into an expertly schmeared bagel or listening to a mixtape created by the sole member of the Harbor School’s sailing team, revisiting The O.C. episodes is always a great idea. The aughts-era show is a restorative tonic that’s served in a flip phone-shaped bottle, a nostalgic hug for your heart that's as big as a Newport Beach McMansion. Take it from someone who's done so several times — re-watching the show from start to finish will put any fan in a good mood. How could it not? It's approximately 92 hours of tube time with the Cohen family, and who wouldn't feel terrific after spending approximately 92 hours of tube time with the Cohen family?

Now, if you don’t have the free time to marathon all 92 episodes, don’t fret. Instead, just watch The O.C. Season 1 in its entirety. It’s a perfect season of television that, no matter how many times you’ve seen it, is incapable of feeling stale.

And if you only have time for one episode of the beloved primetime soap and would like to watch something that'll lift your mood? Consider that challenge accepted. Below, you will find a list of The O.C. episodes that will make you laugh, pull at the strings of your heart, and make you fall in love with this show for the zillionth time. For the love of Captain Oats, get ready to feel some feelings.

Seth and Summer’s Spider-Man kiss, Julie and Kirsten venting to each other while smoking cigars, Seth trying to lure Ryan out of the pool house with bagels — this episode has so many iconic The O.C. moments.

OK, yes, there’s some dark stuff in this episode: drunk driving, shoplifting, heated arguments — and that’s just Marissa’s storyline. But it’s also Ryan’s first Chrismukkah with the Cohens. Meanwhile, Seth’s love triangle takes a comic turn, and Sandy and Caleb literally pass a buck during their wetlands fight. A happy Chrismukkah to all, and to all an "I hear you like comic books, Cohen!"

The Core Four gets stuck in a mall overnight. Hockey-larity ensues. Ryan also delivers an excellent callback to the show's pilot, which is the French fry on top of the fantastic cake that is this episode.

It takes nine episodes, several fistfights, and one trip on a ferris wheel, but it finally happens: Marissa and Ryan kiss for the first time.

Why, hello, Chris Pratt. Nice to see you. And a hello to Julie and Kirsten’s escort service, to Kaitlin’s house party, and to Ryan’s ‘80s rock music video-esque fantasies about Taylor.

After this episode aired, coffee carts were never the same.

When Ryan and Taylor fall off a ladder and conk their heads, things take an It’s a Wonderful Life turn: They are sent to a universe where Ryan never became a Cohen. It is a very strange universe.

It’s the dawn of a new era. (No, not that Dawn.) Unlike some other characters who make their O.C. debut on Season 3 — *cough* Johnny Harper *cough* — Taylor Townsend is a breath of cable knit sweater-wearing fresh air. In her first episode, she quickly establishes herself as a lovable heel, the Core Four's newest adversary. Thankfully, her role as "enemy" doesn't last too long: Taylor's eventual face turn is one of the best things to happen on this show.

You thought Taylor Townsend vs. Marissa Cooper and Summer Roberts was a solid feud? Enter: Veronica Townsend vs. Kirsten Cohen and Julie Cooper. But wait, there's more: Veronica blackmails Julie and Kirsten in the same episode where the incomparable Kaitlin Cooper returns to town with a knapsack full of trouble slung over her shoulder. Well done, "The Sister Act."

Come for Julie Cooper and Frank Atwood’s romance, stick around for the flashback to young Kirsten and Sandy.

Before Kirsten's father and Marissa's mother tie the knot, the dudes of The O.C. head to Las Vegas for Caleb’s bachelor party. (Yes, Seth goes to his grandfather’s bachelor party in Sin City because this show will never be outdone.) Back in Newport, the ladies celebrate Julie’s impending nuptials with a house party. Bachelor party hijinks, bachelorette party mayhem, high-stakes gambling, hotel room bowling alleys — this episode has it all.

One hearty spoonful of happy cry fuel, coming right up.

Ready to re-feel some feelings about your favorite fictional residents of Orange County? Every episode of The O.C. is available on Hulu, so get watching.