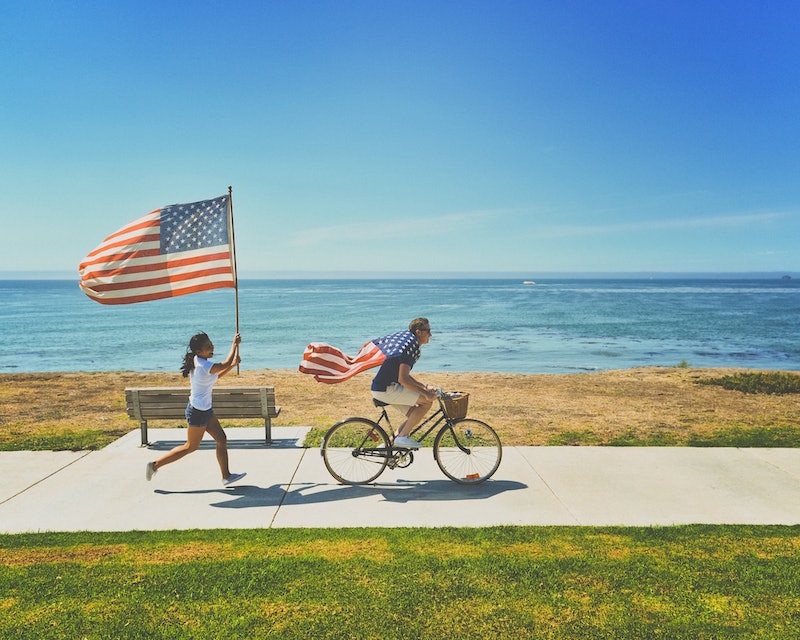 For most people, summer is synonymous with barbecues and cookouts by the pool. If you're vegan, that usually means you have to bring your own food — after all, nobody can subsist on fruit salad and potato chips alone. Luckily, there are plenty of vegan patriotic recipes out there to bring to the table this Fourth of July. With a little preparation, you, too, can participate in the great American tradition of eating and drinking until you regret all the choices leading up to this very moment. It's what the Founding Fathers would have wanted, right?

There have been some growing pains along the way, but in 2017, the United States will commemorate 241 years of independence from British rule. On Jun. 11, 1776, the second Continental Congress gathered in Philadelphia to write what turned out to be one of the most important break-up letters in recent history: the Declaration of Independence. After a few weeks of deliberation and numerous drafts, the document was officially adopted on Jul. 4. In the following years, Americans marked the anniversary of their independence with noisemakers and fireworks — and it's been a tradition ever since.

Whether or not you're particularly enthused about the current state of American politics, the Fourth of July is worth celebrating — preferably, with tons of food. Here are some vegan recipes to bring to this year's Independence Day festivities.