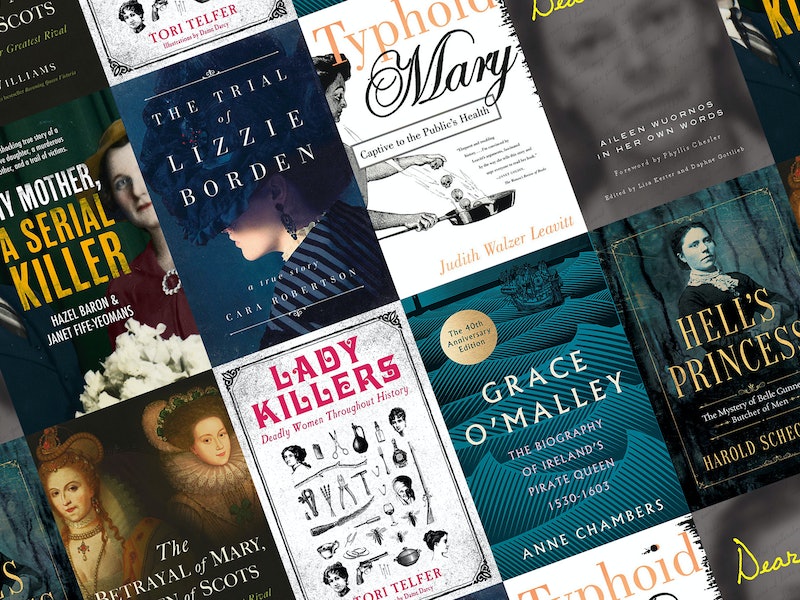 Because of their elusivity, female killers tend to captivate and horrify news-watchers across the globe. I've picked out 15 biographies of women who killed, both in cold blood and in the heat of the moment, and perhaps reading them will give you some insight into the stories behind the legends.

There's a reason almost all of Biography's "Infamous Serial Killers" are men. Women perpetrate just 10 percent of the total murders in the U.S., and only 17 percent of the serial killings, which means that women either 1) kill less often than men, or 2) are better at eluding capture. One thing that's pretty clear is that women don't tend to kill men who reject them, and don't tend to go on killing sprees because they can't find a mate — two qualities of murders perpetrated by men, particularly in recent years.

The truth is, women kill for all kinds of reasons. Sometimes it's revenge, or self-defense. Other times, it's because they're in the military, or in some other situation in which killing becomes necessary for their survival. And, yes, there are those women who kill for the thrill of it.

The 15 biographies on the list below tell the stories of women who killed for all of these reasons, and more: