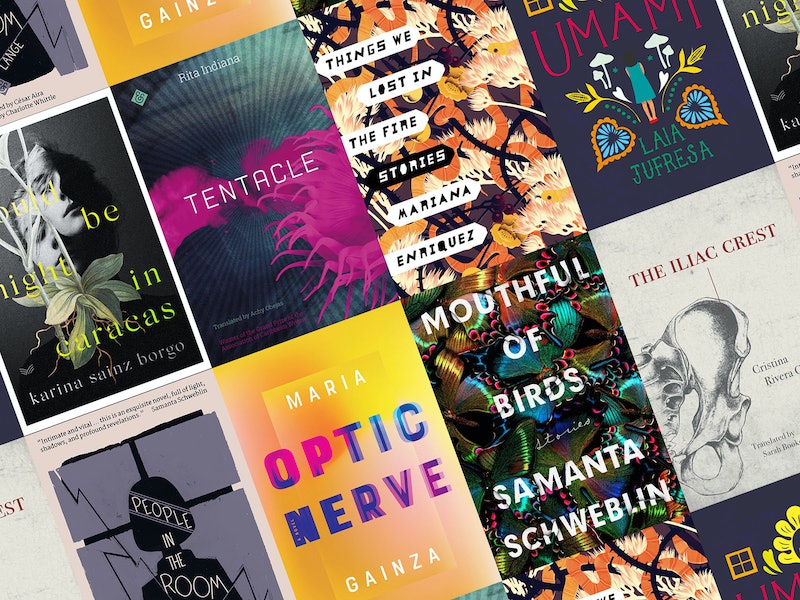 I've said it before, and I'll say it again: There aren't enough people reading books in translation. If you'd like to diversify your TBR, you're in luck, because I've picked out 15 books by women that were originally published in Spanish. Whether you've never read a book in translation, or you're a huge fan of literature written in languages other than English, the 15 titles on this list are sure to delight you.

Spanish is the official language of 20 countries and Puerto Rico, but beyond a handful of well-known authors — such as Gabriel García Márquez and Carlos Ruiz Zafón — much of Spanish-language literature, and all other literature in translation, remains largely and unread by English-speaking audiences. This short list of great books aims to change that.

Among the 15 titles on the list below, you'll find both new releases and classics, as well as award-winning novels and overlooked gems. This list contains a mix of full-length novels, short stories, poetry, and more, so there's something here for every reader to enjoy.

Check out the 15 books by women, originally published in Spanish, that I've picked out for you below: