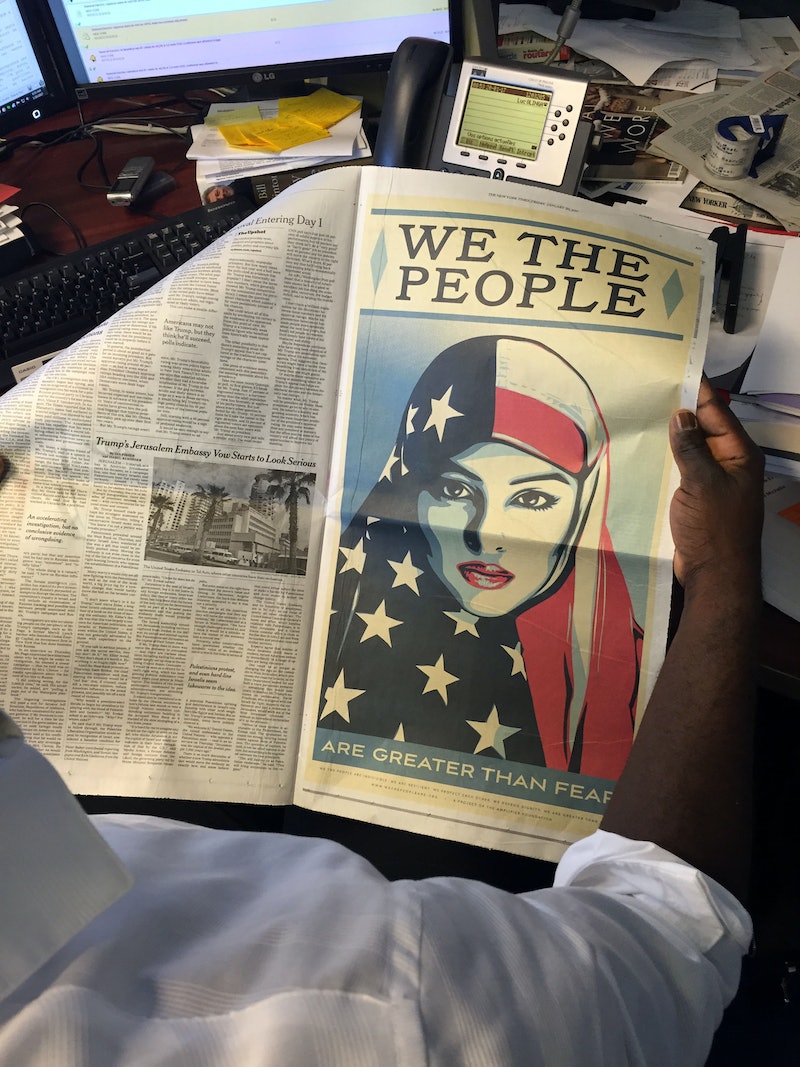 As President Trump was inaugurated on Friday, protests erupted in the streets of Washington, D.C. It's clear from these protests and other demonstrations that Americans remain deeply and harshly divided over the Trump presidency, even as it is immediately upon them. On Saturday, the demonstrations will take a different form, as the Women's March on Washington winds through the capital's streets. Beyond protest, women from across the country have a multitude of distinct and equally valid reasons to support the Women's March, whether for themselves or for others.

According to the event's website, the mission of the Women's March is to stand in solidarity with diverse communities, but it is also clearly tied to the new president. "The rhetoric of the past election cycle has insulted, demonized, and threatened many of us," the website reads. In many ways, Saturday's march will serve as a contrast to Friday's inauguration. Where Friday's ceremony was filled with pomp and circumstance, Saturday's event will likely be full of life and celebration — with a side of protest, no doubt. Audiences who may have felt excluded or underrepresented during Friday's festivities may find themselves welcomed into Saturday's schedule of events. No matter how they get there, the Women's March crowd will have a wide array of reasons for being present.

There's no telling when the anti-Trump protests will die down, but it likely won't be as early as Saturday. Although it has grown to represent more than the election, the Women's March will bring together thousands of people opposed to the harsh and exclusionary rhetoric that came out of Trump's presidential campaign.

It's not just about protesting the Trump administration's rhetoric: The Women's March and its local sister marches across the country will demonstrate that women and their allies will continue to resist such rhetoric in the weeks and months ahead. Now, speaking of the future...

If you believe the future is female, then this march is surely for you.

As much as it focuses on what's to come, the Women's March is also a tribute to feminists of the past. Suffragists and other activists blazed the trail that gives today's women a voice. Saturday's march will honor the work they have done and carry on their message in the modern world.

A bit of controversy arose during the week before the Women's March when organizers omitted Hillary Clinton's name from a list of honorees. The former presidential candidate attended Trump's inauguration on Friday and the luncheon that followed his swearing-in ceremony. But there was no word that she would attend the march the following day.

In this case, while you stand up for yourself, you'll also be standing up for others.

Some marchers may have specific policies in mind. Whether they're troubled by congressional votes, Cabinet appointments, or the new president, the Women's March will give them an outlet for expression.

Women are more than their bodies — and it may take thousands of bodies gathered together in the capital on Saturday to demonstrate that.

The staggering statistics of sexual assault alone should be enough to convince some Americans to march in support of women and victims everywhere.

For The Opportunity To Make A Difference

Some marchers may see the deep divisions in this country as an opportunity. In fact, there's really no opportunity to make a difference like having thousands of diverse-yet-unified people in one place at one time.

No matter why you're marching, it's the action that matters. In the wake of Trump's inauguration, many activists have urged unhappy citizens to take action and keep working for what they want.

Since Trump's unexpected election in November, violent protests have emerged from the deep divides in the country. The goal of Saturday's march is to send a strong, unified message, but, certainly, to do so peacefully.

For All Of The Above

Ultimately, no single reason is better than another for marching in Saturday's historic event. What's important is that people show up and stand up for women's rights and the rights of other marginalized populations. Even if you can't attend the Washington, D.C. march, there may be a local march near you to attend instead.