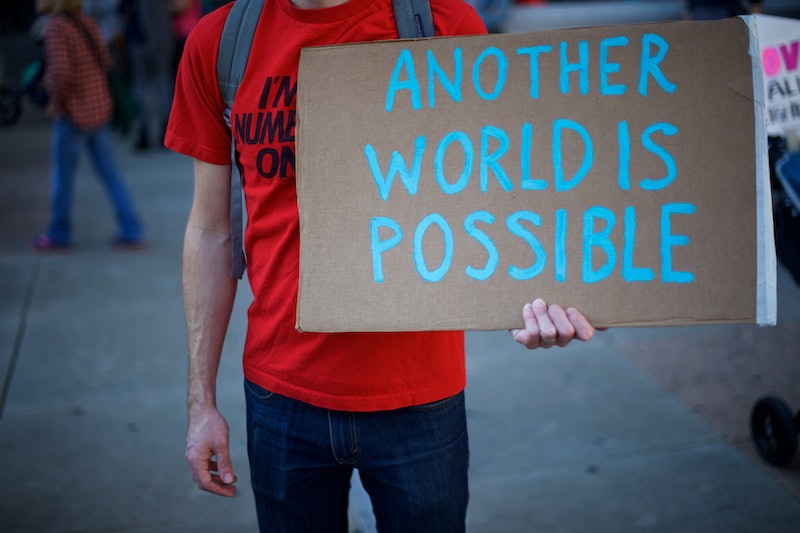 On July 14 and 15, the Women's March will protest the National Rifle Association, teaming with partners such as Gays Against Guns and Cultures of Dignity. While the NRA, a conservative-backing entity has been a danger to society in the past, recently it's words and actions have gone one step further. The NRA released a video that calls for non-violent, resistance movements to be met with armed violence using an "us versus them" narrative.

Another incident came when Officer Yanez was acquitted for the shooting and killing of Philando Castile in Minnesota. The video of Castile's final moments shows him notifying Yanez that he was carrying a licensed firearm. The NRA, an organization dedicated to protecting and supporting citizen's second amendment rights, has — not once — spoken out defending Castile's rights.

This obvious double standard is unacceptable, as is the NRA's call for violence. What started with Women's March co-president Tamika Mallory writing an open letter asking the NRA to remove the video has formed into two days of protests and marching. Instead of the NRA listening to Mallory or simply ignoring her letter, the association released a new video attacking Mallory, as well as other leaders, while spreading the false narrative that Women's March promotes violence.

The march on July 14 and 15 calls for the two videos to be taken down, an apology to the American people for said videos, and a statement from the NRA confirming Castile's right to carry a licensed firearm. To read the Women's March's entire statement for the protests, as well as see the list of partner organizations, click here.

If you are in the Virginia and D.C. area, this could be an amazing opportunity to get involved, or continue your involvement, in the fight against hatred and violence. Interested in attending? Read on for last-minute sign ideas to bring to the NRA protest.