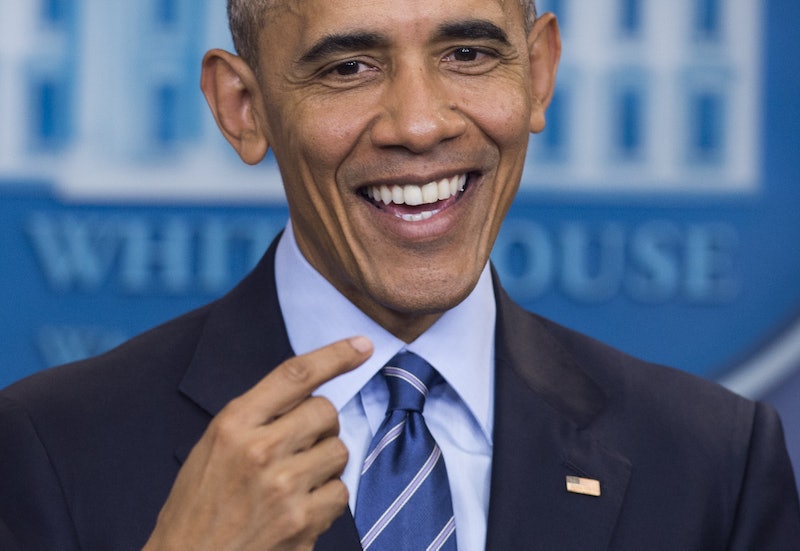 The reminiscing about the last eight years of President Obama's time in the White House has hit a fever pitch, with even Obama himself pitching in on Twitter using his @POTUS handle. "As we look ahead to the future, I wanted to take a moment to look back on the remarkable progress that you made possible these past 8 years," he wrote on New Year's. Boy is he right. With president-elect Donald Trump waiting in the wings, it's time to treasure not just Obama but his @POTUS account too. These 17 @POTUS tweets will make you believe in America again.

They might even keep you believing in America for the next four years. There's no guarantee that @POTUS posts after Inauguration Day, Jan. 20, will keep up the established inspirational qualities that Obama included in his official tweets as president. If you're familiar with Trump's @realDonaldTrump account, you'll know that it couldn't be more different.

How Trump will use the @POTUS account is anyone's guess, but it will be made available to the new administration. The timeline will be cleared out and transferred to @POTUS44 for archival purposes. Trump will get to keep the account's 12.9 million followers, though. Whether he decides to use it is ultimately up to him. He already has more followers at @realDonaldTrump — currently 18.4 million.

For the time being, head over to the @POTUS timeline and peruse through the many posts Obama has sent out since the official account was created in May 2015. Many show the United States at its very, very best.