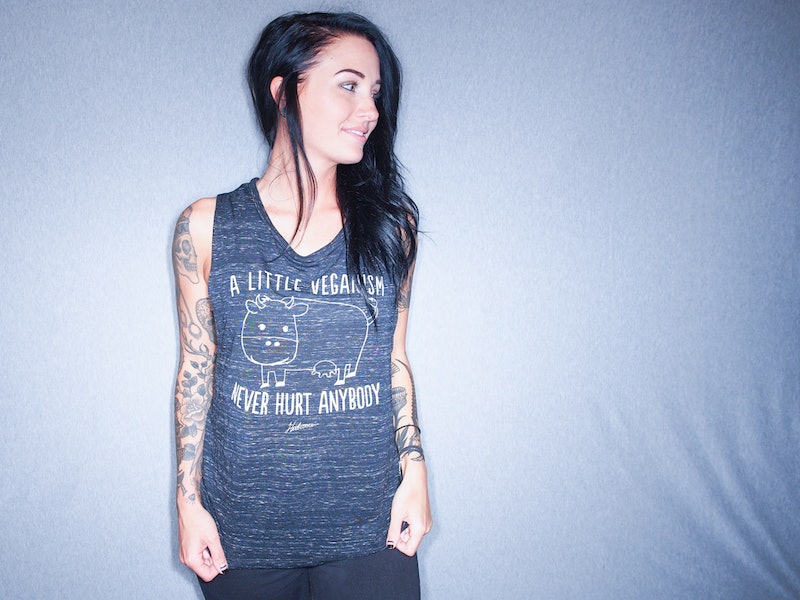 Whenever I tell people I'm vegan, one of the most common responses I get is something like, Wow, good for you. I could never do that! I usually tell them that while I also used to think I could never be vegan, as it turned out, going vegan was much, much easier — and selfishly beneficial — than I ever would have imagined. I went vegan for ethical reasons, after I finally faced the video footage of the way animals are used and abused for our consumption. It wasn't until after I made the decision that I found out there were actually a bunch of selfish benefits to being vegan, too.

While I still think the humane and environmental reasons to go vegan are most important, going vegan for its health benefits is great, too — and had I known about some of these potential benefits earlier, I probably would have changed my diet sooner. Whether you're concerned about preventing cancer, diabetes, heart disease, and death — or you'd simply like to feel more at home in your own body and in line with your values — there are so many reasons to give a plant-based diet a try.

It's hard to fit them all in one article, but this is my shot at listing what I think are some of the most selfish — and also totally valid — reasons to give going vegan a shot.

More like this
The Case For Following A Menstrual Cycle Workout Plan
By Emma McGowan and Carolyn Steber
Do Green Powders Work As Well As TikTok Says They Do?
By Carolyn Steber
10 Primal Movement Exercises That'll Improve Your Mobility
By Carolyn Steber
Here’s What Health Means To People In 2023
By Isabella Biedenharn
Get Even More From Bustle — Sign Up For The Newsletter
From hair trends to relationship advice, our daily newsletter has everything you need to sound like a person who’s on TikTok, even if you aren’t.