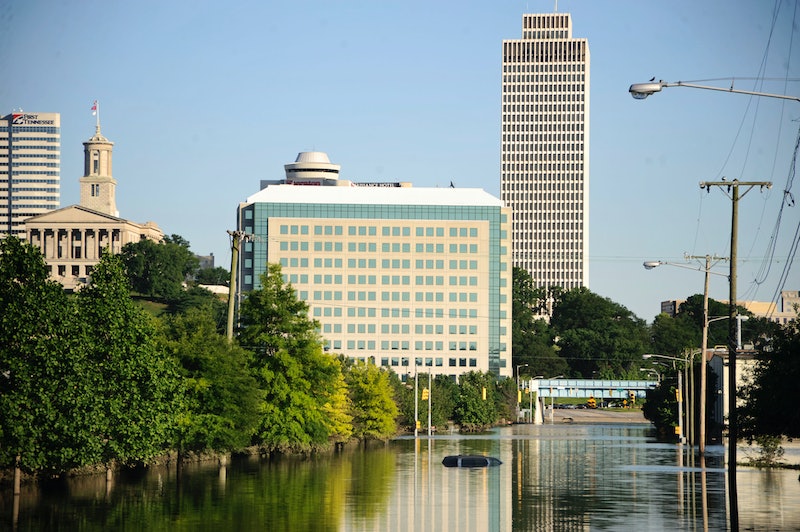 Despite significant pushback, two state lawmakers want to prevent undocumented mothers in Tennessee from registering birth certificates for their children. According to WZTV, Tennessee state Rep. Bruce Griffey and Sen. Mark Pody have introduced legislation in their respective chambers that would prevent their state from issuing birth certificates to children whose mothers are undocumented.

Approximately 200 immigrants filled the halls of the Tennessee legislature last month to protest this and other pieces of legislation targeting immigrants, The Tennessean reported. Despite their efforts, however, Griffey and Pody pushed forward their proposed legislation in both the state House and Senate. Griffey even stated in a memo that the bill would "solve the problem" of babies who are citizens being issued birth certificates while their mothers are undocumented, per The Tennessean.

According to The Tennessean, Griffey also said last month that he was considering legislation that would mandate disclosing undocumented parents' immigration status on their child's birth certificate. The legislation that Griffey and Pody are currently pushing, however, indicates that a birth certificate can only be verified and registered if the child's father can provide proof of U.S. citizenship alongside a written agreement to financially provide for the child until they turn 18.

Griffey's version of the bill is slated to be discussed before the House Public Health Subcommittee on Wednesday, WZTV reported.

Griffey and Pody's bill was initially filed to extend "the time in which a court must notify the state registrar that a challenge to the denial of a delayed certificate of birth is filed from 21 days from filing of the challenge to 30 days," per the Tennessee General Assembly's website. The addition of a provision to deny birth certificates to undocumented mothers was an amendment by Griffey, FOX 17 reported.

But this isn't the only legislation targeting immigrants that Griffey has introduced. According to The Tennessean, Griffey proposed another bill last month that would restrict welfare benefits for anyone who is not a U.S. citizen. In an abstract for the bill that Griffey described as "placeholder language," per The Tennessean, the Tennessee legislature's legal services team wrote that the bill would prevent undocumented women who are pregnant from seeking state-funded prenatal care services and nutrition assistance.

The welfare bill was part of a series of bills Griffey filed last month to ensure that Tennessee would be "the very last place" that undocumented immigrants would want to go, WZTV reported. Another bill Griffey introduced — the Tennessee Lawful Housing Act — would make it illegal for landlords to rent, sublet, lease, or sublease their properties to undocumented immigrants.

Other bills Griffey introduced included legislation that would not only require employers across the state to E-Verify potential employees' work eligibility and immigration status, but also would also require Tennessee courts to verify the immigration status of defendants to ensure they are not "flight risks." Finally, Griffey also expressed his support of President Donald Trump's call to end birthright citizenship, arguing that Tennessee should pass a bill supporting Trump in his bid to eliminate what Griffey described as a security threat.