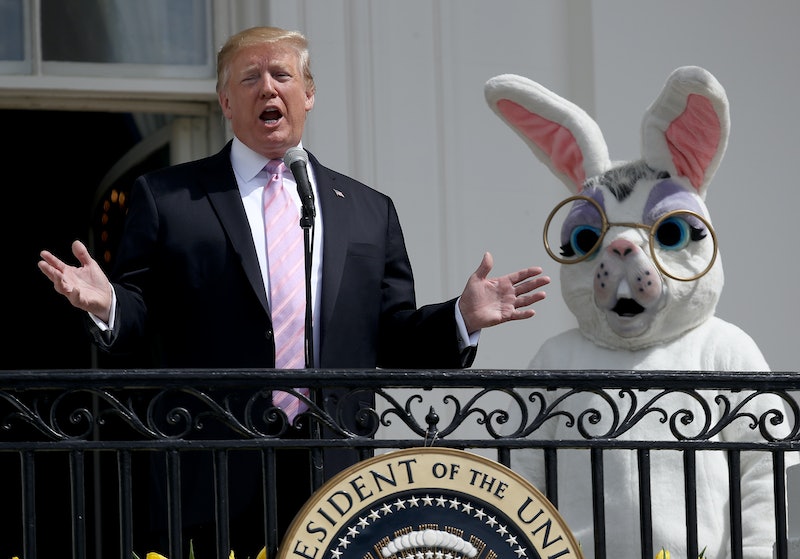 President Donald Trump and First Lady Melania Trump marked the Easter holiday by hosting the 141st annual Easter Egg Roll on the White House's South Lawn on Monday. Photos of the 2019 White House Easter Egg Roll show the event continued to be a place where families come to let the good times roll.

For this year's Easter Egg Roll, the White House reportedly collected 74,000 eggs from American farmers, the American Egg Board told The Washington Post. Eggs were used in both a slew of fun activities and as tasty treats to cure guests' hungry tummies.

According to The Washington Post, the first lady also rolled out a few new games for this year's event, all of which were centered around her anti-bullying "Be Best" public awareness campaign. After addressing the crowd while standing alongside the Easter bunny, President Trump mingled with attending guests, signed autographs, and oversaw children scrambling across the lawn after colored eggs.

Take a peep at how the day went down: