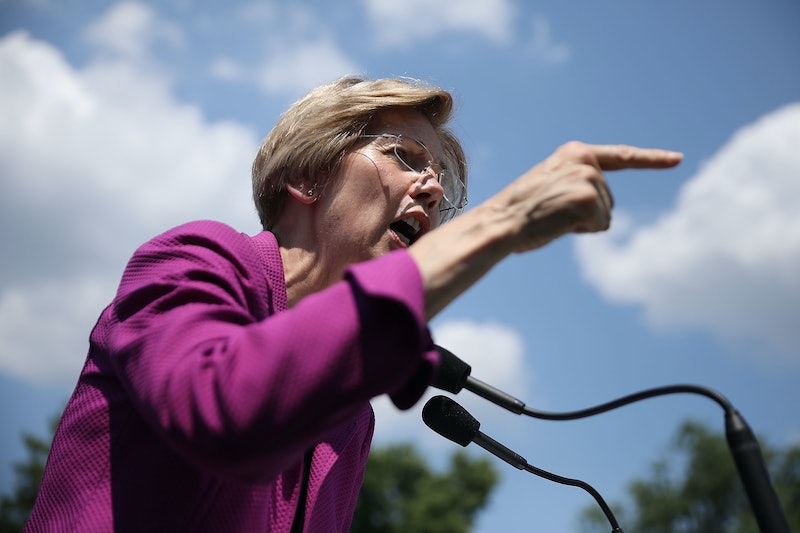 After the release of Robert Mueller's report on Russian interference in the 2016 election and possible obstruction of justice by President Trump, many politicians running for president in 2020 have been asked if they support impeaching Trump. Their responses have truly run the gamut, and if you're having trouble keeping track of them, here's a guide to what 2020 candidates have said about impeaching Trump.

Legal experts have raised the prospect of impeaching Trump frequently throughout his presidency, often with regard to matters wholly unrelated to Mueller's investigation. But the release of the Mueller report expedited some Democrats' calls for impeachment, in part because of the conclusions — or lack thereof — that Mueller drew regarding whether Trump obstructed justice.

Mueller wrote in his report that, because the Justice Department had previously concluded that sitting presidents can't be indicted, his team opted "not to apply an approach that could potentially result in a judgement that the President committed crimes." However, Mueller said that the evidence his team found "does not exonerate [Trump]" and noted that "Congress has the authority to prohibit a President's corrupt use of his authority in order to protect the integrity of the administration of justice."

Shortly after the report was released, 2020 candidates for president started addressing the prospect of impeachment head-on — and they had a lot to say about it. Here's where each of them stands: