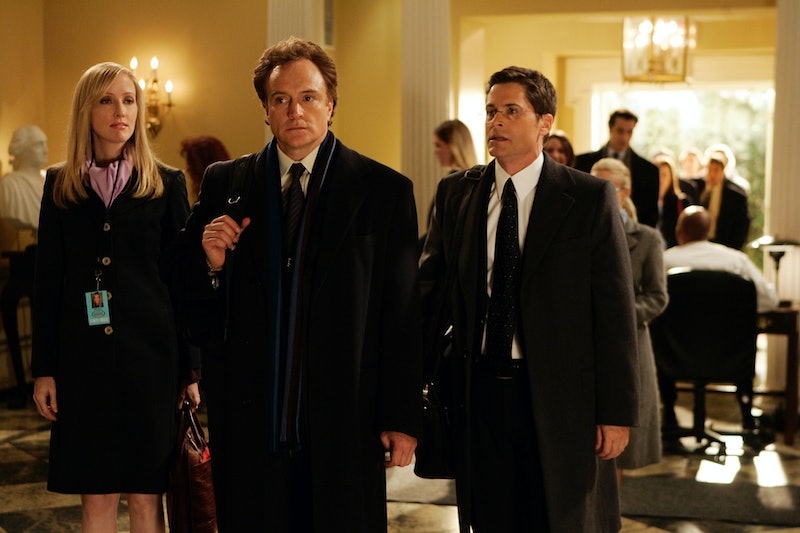 Netflix is the unrivaled hub of '90s nostalgia, brimming over with 1990s movies and TV shows that epitomize (or just so happened to be made in) the time period between 1990 and 1999. Whether you were a child in the '90s and most of your media came from PBS, or you were an adult consuming critically acclaimed Oscar winners (and the occasional raunchy comedy), there are tons of relics available on the streaming platform and a few nostalgic modern reboots as well.

It’s fun, and often educational, to go back and watch media that seems simultaneously so recent and so distant. Some of the offerings are dated, and occasionally offensive. Others hold up surprisingly well and even offer insight into our modern era. The sitcoms, cinematic classics, and educational programs that '90s kids will remember watching in school offer a glimpse into what often seems like a simpler time. Whether you enjoy taking a look back for warm fuzzies or for some gentle mockery, there are lots of '90s offerings available on Netflix for all kinds of former '90s kids and adults. Here are 27 movies and TV shows from the decade available on Netflix that you can watch right now.

You're probably marathoning Friends on Netflix at this very moment, but if you're not, what are you doing?

The 1996 version of the classic play stars Daniel Day-Lewis and Winona Ryder.

The Jennifer Aniston-starring film's take on feminism feels a lot more dated than it should, but it's super fun to watch.

Take yourself back to elementary school (and learn a little bit about the human body) with this educational '90s cartoon.

5. 'Star Trek: The Next Generation'

The only destination for those in search of '90s sci-fi.

Everyone loves Bill Nye, but you probably haven't watched one of his educational videos since you were very young.

Netflix has a great Tarantino collection, but you can't get more '90s than Pulp Fiction.

This recent Netflix addition is perfect for Bob Ross fans and those in need of some chill and wintery entertainment.

Once you've finished with Star Trek, you should probably watch this hilarious spoof.

If you've never watched this feminist cult classic, you should probably get on that.

The creepy, surreal '90s show is getting a reboot soon.

Frasier was the comfort food of the '90s.

If you want a rosier view of politics than what you see on the news or on House of Cards, give this Aaron Sorkin series a chance.

One of the most '90s movies out there and one of the best movies, period.

This series is a must-watch for independent women.

Ditto with Buffy, but with more vampires.

The Oscar winner is iconic for a reason.

Take yourself back to high school with this short-lived and hilarious comedy.

Gwyneth Paltrow at her finest.

Yet another '90s series about to get a reboot that you might want to revisit.

This classic film isn't always associated with the '90s, but it was the Best Picture winner in 1997.

A perfectly witchy series for any season.

This 1993 film is a great opportunity to see little Leonardo DiCaprio and Johnny Depp.

It's not That '90s Show, but most '90s kids will remember watching it.

It might (almost) be a new year, but it's almost always either comforting or educational to relive the past. Luckily, with the streaming technology available in 2017, nostalgia will be easier than ever.

More like this
Here’s Everything Coming To & Leaving Netflix In February
By Jake Viswanath
The 'Scream 6' Trailer Shows Off Hayden Panettiere's Return & Ghostface In NYC
By Jack Irvin and Jake Viswanath
Here’s Why Danny Masterson’s Hyde Isn’t In 'That '90s Show'
By Brad Witter
Rupert Grint Just Shared A *Major* Update About Ron Weasley’s Future
By El Hunt
Get Even More From Bustle — Sign Up For The Newsletter
From hair trends to relationship advice, our daily newsletter has everything you need to sound like a person who’s on TikTok, even if you aren’t.