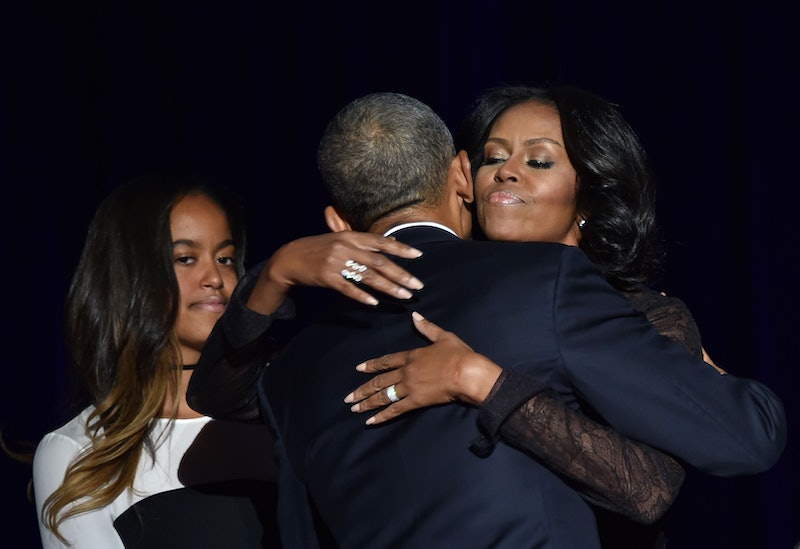 A big chunk of the country wishes they could have just jumped on stage at President Barack Obama's farewell address and given him a giant hug — just like Michelle did. But, of course, there's the Secret Service to contend with, and the fact that many of us watched at home on TV or YouTube. So plan B it is: Twitter. Once again tweets with the hashtag #ThankYouObama are trending as Obama's time in office reaches its last critical moments. With Donald Trump's inauguration Friday, there's almost no time left to send your gratitude while your favorite president is still in office.

The last time this hashtag trended was back in November, right after the election. People were in shock over Trump's win, and BET hosted Love & Happiness: An Obama Celebration to remember and celebrate both Barack and Michelle. During the broadcast BET asked the audience at home to participate and prompted them with the hashtag.

Obama has already tweeted his thanks back at you. Last week after his farewell address, he sent this gem out from the @POTUS account: "Thank you for everything. My last ask is the same as my first. I'm asking you to believe—not in my ability to create change, but in yours," Obama wrote.

There really are no words other than "Thank you" that are appropriate to bid farewell to this man. Take a look at these #ThankYouObama tweets and consider sending your own.