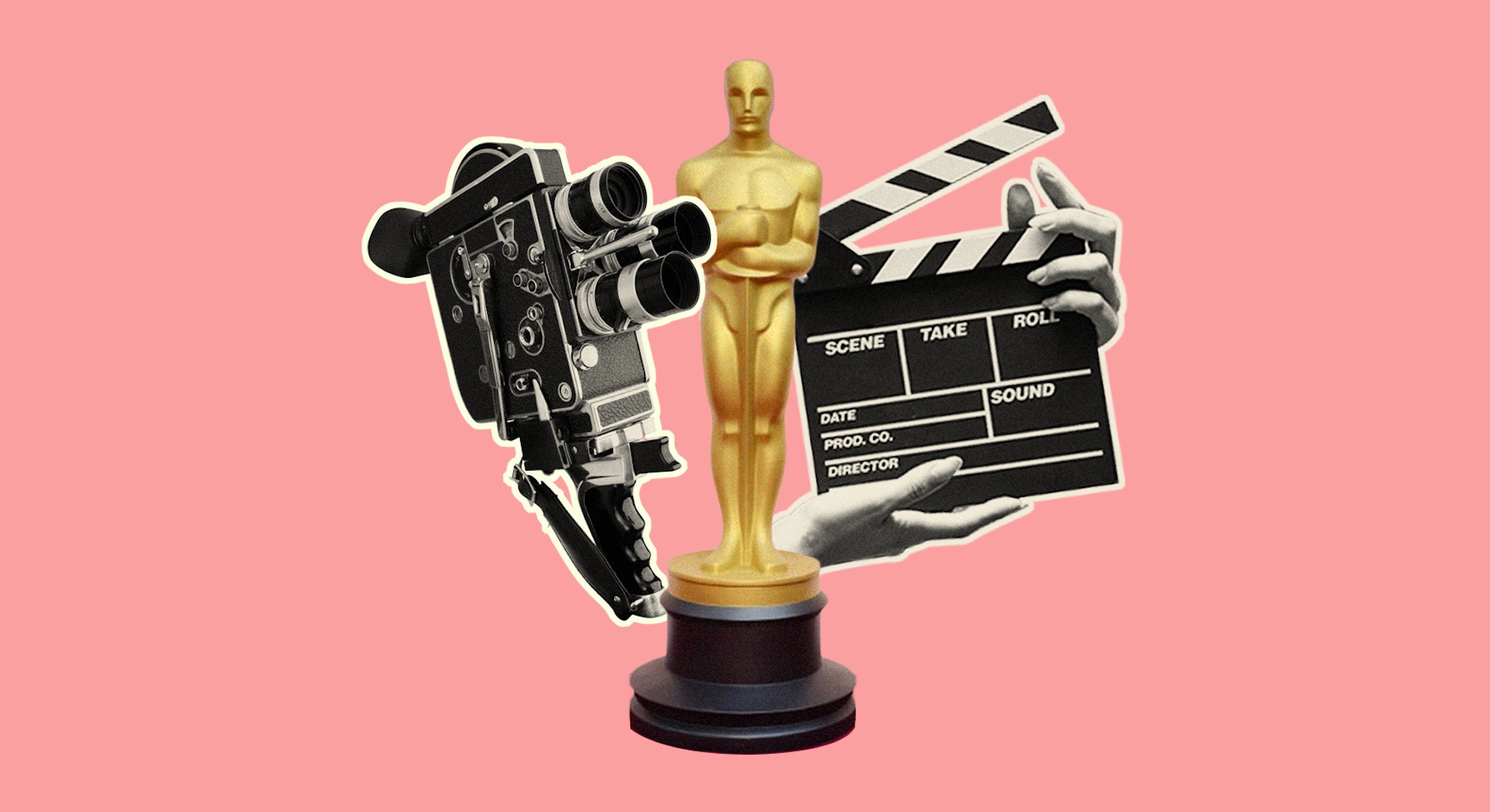 “Congratulations to those men,” Issa Rae said wearily via live stream last month as she and John Cho announced this year’s Oscar nominees for best director, a category in which — yet again — not a single woman was recognized. Since 2011 only one woman, Greta Gerwig, has gotten a nod for directing. (She was shut out of this year’s list for her lauded remake of Little Women.) Sobering as that is, it isn't all bad news: Four of the five films nominated for Best Documentary Feature are directed or co-directed by women, two of whom are under 30.

The documentary category has historically been welcoming to female directors: More than half of the past decade's winners came from women, including last year’s Free Solo, co-directed by Elizabeth Chai Vasarhelyi. Here, the four filmmakers share their hopes for Sunday, the stories behind their films, and their thoughts on the Academy’s annual gender embarrassment.

Waad al-Kateab’s searing first-person account of the Syrian civil war is addressed to her daughter, Sama, who was born in war-torn Aleppo. For two years, the videographer had been sending footage to Britain’s Channel 4 News from inside the city’s last remaining hospital, offering evidence of civilians being targeted by Syrian president Bashar Al-Assad. After she and her husband fled Aleppo in 2016, eventually claiming asylum in the UK, al-Kateab and her co-director, Edward Watts, began working on the documentary.

“In the beginning, I didn’t want to make it personal at all,” says al-Kateab, 29, “but I realized the way to make people engage with the story was to make a personal connection...So we started to play more with the structure and the style of it, figuring out how to make it more of a movie.” The running voiceover felt natural, because “even before Sama was born, I was speaking with her.”

She isn’t sure when her daughter, now four, will watch the film, “but she knows there's a film called For Sama, and she's excited about that.” In December, Sama accidentally found the trailer on YouTube. “I didn’t want her to watch it, but I also thought that at some point she’s going to, and maybe it’ll be when I’m not there. So let me be next to her,” she says. “She was asking ‘Mummy, mummy, what happened to Sama?’ and seemed quite nervous. I put my arm around her and said, ‘Sama, you’re fine! You’re here!’”

With herself and newborn Sama as central characters in the film, al-Kateab explores the trauma of war through a distinctly female lens. As to the lack of women directors in Hollywood, she says, “In my country, we look at Hollywood as this shining, bright example in the world, so [to see this] was really shocking.”

“It was a huge surprise and honor,” says Brazilian director Petra Costa of her film’s Oscar nomination. “It’s so important for Brazil to have this recognition in a year when the government has been attacking national cinema [and] censoring individual filmmakers.”

The Edge of Democracy explores the ideological divides in Brazil through the rise and fall of two Brazilian presidents: the early-aughts leftist leader Luiz Inácio Lula da Silva, who was jailed in 2018 for corruption and money laundering, and the country’s first female president, Dilma Rousseff, who was impeached in 2016 on corruption charges. (Both Lula and Rousseff have called their charges political coups.) “I think all my films are about trauma,” says Costa, 36, “but with this film, it’s on a grander scale. It's political trauma. So many of us are living that around the world.” Costa had initially planned to make a film solely about Rousseff’s impeachment proceedings, but “the story continued with these House of Cards plot twists, to the point where the show even tweeted about it!”

The Brazilian government’s reaction has been openly hostile. The far-right president, Jair Bolsonaro, called it a good film “for those who like what vultures eat," and it was dubbed “fiction” by secretary of culture Roberto Alvim, who was fired shortly after for paraphrasing the Nazi propagandist Joseph Goebbels in a speech. “[His remarks] revealed so much about the DNA of this government and how it’s been discrediting the truth to destroy free speech and the media,” Costa says, noting the global trend that’s reflected north in the Trump administration. “If you understand how democracy was hijacked in Brazil, you understand it can happen anywhere — polarization, fake news, manipulation of the judiciary and constitution for political gains, and attacks on the media.”

As for gender disparity at the Oscars? “We just have to continue occupying space, because these stories matter,” she says. “Having female directors changes what stories get to be told.”

Tamara Kotevska wasn’t surprised to be nominated in the Documentary category. “But two nominations? That was a huge surprise,” says the North Macedonian director, referring to her film’s second nod for Best International Feature Film — an Oscar rarity in a category that’s historically recognized scripted movies. “This is the biggest prize for us, because it shows that the rules are changing, and form is becoming less important than content and storytelling.”

Honeyland tells the story of the last woman in Europe working as a wild beekeeper, whose Macedonian livelihood is threatened by the arrival of a neighboring Turkish family, who breaks a cardinal beekeeping rule by taking so much honey that none’s left for the bees. “If we don't give back to nature, we will all be destroyed,” says Kotevska of the film’s central conflict, a potent allegory for the climate crisis. “Bees are just one symbol of every natural resource that we overuse.”

While both Kotevska and her co-director, Ljubomir Stefanov, speak Macedonian, their Turkish subjects did not. “It was a long discussion whether [the family] should keep speaking their own language, or whether they should speak Macedonian,” she says. “We decided to let them be themselves and struggle with this later in the edit.” Ultimately the directors sifted through more than 400 hours of material in languages they didn’t understand; they began editing on mute while waiting for a translation. “By focusing on the visuals, you create something that’s understandable everywhere, even without the subtitles,” she says of the process.

As to Hollywood politics, she’s aghast. “The film industry in Macedonia is actually [welcoming] more and more women than men,” she says. “It's embarrassing that it's actually a question to discuss."

When directors Julia Reichert and Steven Bognar set out to make a documentary about the opening of a Chinese-owned factory near their Dayton, Ohio, hometown, the real-life couple anticipated a local story. “But it ended up being very much about globalization and what that looks like on a human level,” says Reichert, who’s making her fourth return to the Oscars this weekend.

Her 50-year career makes her no stranger to the industry’s gender dynamics. “Let's face it — feature films have a lot more money, ego, and people involved,” she says, acknowledging the lower entry barriers for documentaries. “In the past, female filmmakers had to fit into the patriarchy, or they got punished by never getting to make another film.”

In American Factory, the first Netflix release from Barack and Michelle Obama’s Higher Ground Productions, the directors were granted access to the Dayton plant and its Chinese equivalent, allowing for fly-on-the-wall portraits of their subjects' lives. Shortly after the Ohio plant's opening, workers began to raise concerns about wages and safety, and tried to unionize. “[Company chairman Cao Dewang] has taken the path of embracing the film, and saying, ‘Yes, we made mistakes,’” Reichert says. “He prides himself on being open and transparent.” She also hopes viewers will reflect on the changing American workforce. “We can all see where things are going, with workers being beaten down, having no voice, [working] longer hours and barely affording a small apartment,” she says. “This is a big shift away from the blue-collar middle class, and I hope it raises the question, is this the kind of world we want to live in?”