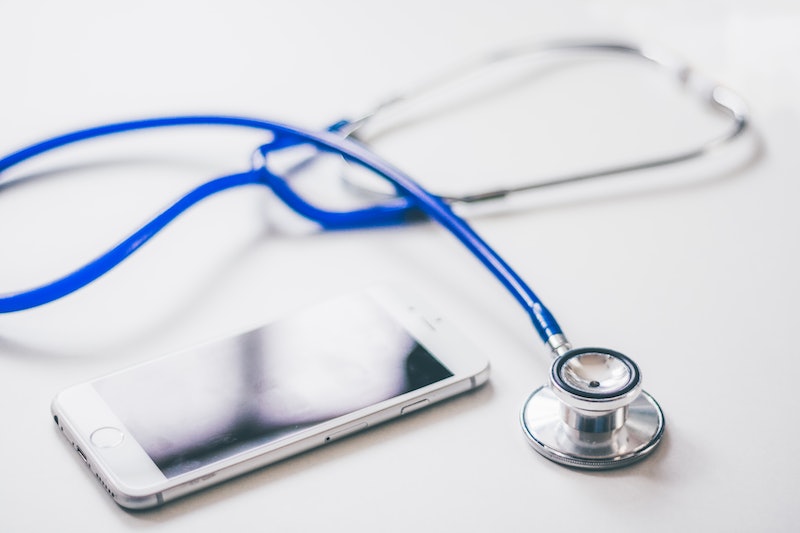 In the last two decades, technology has fundamentally altered the way that people communicate, do business, and consume media, but it also impacts us in a much more intimate way, affecting our health and daily wellbeing. Technology has the power to make healthcare more accessible, by making it cheaper, easier to reach, and easier to understand. At a moment when many Americans’ continued access to healthcare is fragile, it’s especially important to explore the ways that technology can get better healthcare to more people.

Millions of Americans lack consistent access to healthcare, for a variety of reasons. The CDC reports that 28.4 millions Americans under the age of 65 don't have health insurance. And, though health insurance is certainly a major and hotly debated issue, it’s not the only one that determines who can receive high quality medical care in the United States: Factors like where you live, what language you speak, and how much money you make (even with insurance) can limit your access to care.

Technology can help. In a 2013 article for the MIT Technology Review, Jonathan Skinner, a professor of economics at Dartmouth College, argued that technology can lower America’s sky-high healthcare costs “if it is used to better organize the health-care system” — that is, to improve communication, increase inefficiency, and bring more access to patients. “This means smartphone diagnostics, technology to help physicians and nurses deliver the highest-quality care, or even drug container caps with motion detectors that let a nurse know when the patient hasn’t taken the daily dose,” Skinner wrote.

Below, I’ve listed some of the key ways that patients, doctors, and other healthcare professionals are using advancements like smartphone apps and video conferencing to improve care. Keep in mind, however, that many of these technologies are still very much in development, with a long way to go before they’re fully functional. The implementation of Electronic Medical Records (EMRs) in the last few years, for example, has demonstrated just how much new tech, even with the best intentions, can bog down healthcare systems. EMRs have the capacity to make healthcare more efficient and less expensive — but, at the moment, many hospitals and medical practices are struggling to adapt to complex software that is time consuming, expensive, and difficult to use. Ultimately, EMRs will streamline and improve patient care — but it might be a while.

In the long run, these uses of technology have the potential to make healthcare — from basic checkups to consultations with specialists — more affordable and accessible for everyone. Here’s how:

1. Apps and add-ons that can turn your smartphone into a mobile clinic

If you have a smartphone, you essentially have a sophisticated handheld computer in your pocket. Tech companies are taking advantage of that to develop apps and mobile gadgets that can turn your phone into a medical device — with the potential to, eventually, take the place of much larger, financially prohibitive equipment.

In a 2016 article, WIRED featured a number of these apps, including Tissue Analytics, which aids wound monitoring by allowing you to photograph a wound over time and send it to your doctor for assessment. There’s also AliveCor, which turns your phone into a mobile ECG machine that can measure the heart’s electrical activity, and NetraLabs, an add-on that lets you do eye testing from home. These types of apps and add-ons could eventually make healthcare considerably more affordable, both because they may allow clinics to replace expensive equipment with smaller, relatively inexpensive devices, and because they may let patients do some testing at home (which could be especially helpful to patients who use telemedicine… )

Telemedicine, a system of remote medical consultation that usually involves talking to a health professional via phone or video, is a growing field; WIRED reports that more than a million patients used telemedicine services last year. Telemedicine would seem to offer a number of benefits: It’s often cheaper than in-person visits. It doesn’t require sick people to go out in public, potentially endangering others. And it has the potential to make healthcare more accessible to homebound people or people in rural communities, who don’t have easy access to health services. As the Health Affairs Blog reports, about 10 percent of doctors practice in rural locations — which is a major problem, considering that more than 19 percent of Americans live in these areas.

Though telemedicine could potentially revolutionize healthcare, this system is currently far from perfect. For telemedicine to reduce total healthcare costs, people have to use it to replace in-person doctor visits. However, a recent study found that less than 12 percent of telemedicine consultations currently replace office visits. Most people use telemedicine as an add-on to office consultations, rather than a substitute. Furthermore, telemedicine simply isn’t available to many of the people who would benefit most from its services. According to a 2015 report by the FCC, more than half of Americans living in rural areas don’t have the broadband internet required to use telemedicine.

OK, not robots, exactly, but medical advice powered by artificial intelligence might be just around the corner. Multiple companies are working on and testing out systems that would let people receive medical advice from advanced computers. British firm Babylon, for example, is developing an app that would allow users to seek medical advice via their smartphones. The AI would “learn” over time, taking in data with every new customer that it would use to refine its diagnoses.

In the United States, developers are working on Virta, a smartphone app aimed at managing — and in some cases even reversing — Type 2 diabetes, a condition Newsweek describes as “the most expensive disease in the world.” Virta users interact with doctors, but the bulk of the day-to-day operations fall on the (virtual) shoulders of the AI. Users input information about their health and activities (some of which can be transmitted automatically through other technologies, like fitness trackers), and the AI helps them stick to a health plan and notifies the doctors if problems arise.

According to a 2015 report by the U.S. Census, more than 25 million Americans identify themselves as “having limited English proficiency.” Difficulty communicating with doctors and other medical staff represents a major health risk for Americans with limited English. “We know from extensive literature that language barriers affect access to care, health status, use of health services, patient/physician communication, satisfaction with care, quality and safety — it really spans the spectrum in terms of the impact,” Glenn Flores, distinguished chair of health policy research at the Medica Research Institute in Minneapolis, told Smithsonian.com.

Federally funded hospitals and clinics are required by law to offer translation services to patients, but often patients don’t receive such help, or the help they do receive comes from people who aren’t trained to be medical interpreters, leading to potentially dangerous miscommunications. (The Atlantic cites a 2001 study that found that more than half of people who need language interpreters in medical situations don’t get them.)

Technology might be able to fix the problem. There are a number of apps on the market designed specifically to translate medical terms from language to language. These apps are far from a solution, as they lack the accuracy and nuance to be relied upon to give reliable translation in a medical context. Flores, however, does believe that such an app might be feasible as a translating option down the road.

In the meantime, many hospitals are using technology to connect patients with human medical interpreters, by phone and video conference. This type of remote interpretation helps to ensure that patients in critical condition aren’t kept waiting for in-person translators, and that patients receive translation from trained professionals (as opposed to family members or other untrained medical interpreters, who may not be able to translate with an appropriate level of accuracy).

Many people in rural areas have to travel far distances to see specialists (who often practice in urban areas), which can be a time consuming and expensive burden for patients. According to the Health Affairs Blog, tools like video conferencing are allowing primary care physicians in rural areas to consult virtually with specialists. In some cases, these consultations can help to eliminate the need for a patient to travel to a specialist at all, while in others, they help the primary care doctor to avoid sending patients for specialist visits that may be unnecessary. Some rural patients are also able to consult specialists directly, through video conferencing at their local clinics.