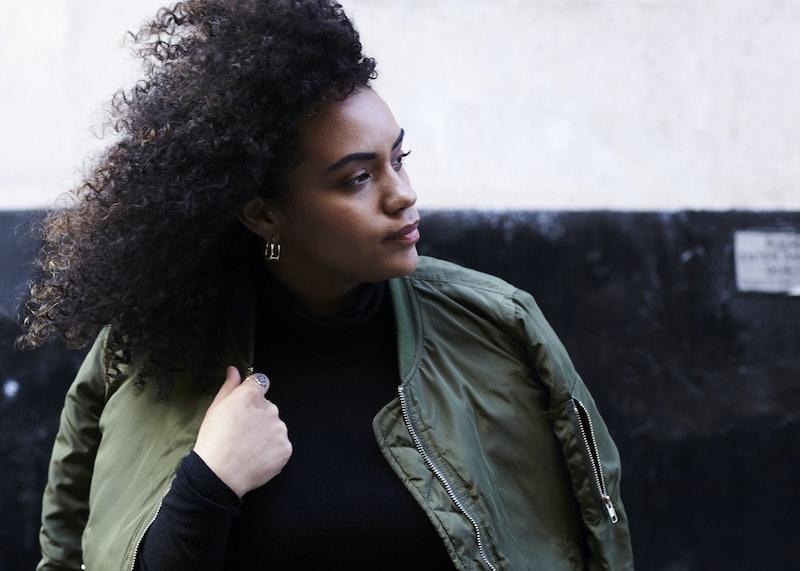 The fight for equal pay is far from over, and for women of color there is even more work to be done when it comes to closing the pay gap. On Black Women's Equal Pay Day, Education Lead at LeanIn.Org Alexis Charles explains why equal pay isn't just about gender — it's about race, too.

July 31 is Black Women’s Equal Pay Day. That means Black women had to work every day of 2016 and all the way until this day in 2017 just to catch up with what white men earned in 2016 alone.

Some people still doubt whether the pay gap even exists — or if it really has anything to do with gender or race. Maybe it’s just about educational differences, they say, or how many hours people work or what field they are in.

Yes, those factors can have an impact. But they do not explain away the whole pay gap. And they do not reflect the realities of women’s lives and careers.

In honor of Black Women’s Equal Pay Day, let’s set the record straight. Here are seven facts that prove how the pay gap is real — and it is not just about gender. It is about race, too.

The average Black woman could pay for three years’ worth of groceries, nearly two years of rent, or more than a year of mortgage and utilities payments with the income bump she’d get if the pay gap were closed.

Even when you control for education, experience, industry, hours worked, occupation, and role, there’s still a pay gap.

2. Black women have one of the highest workforce participation rates among women in the U.S.

According to research by the Institute for Women’s Policy Research (IWPR) and the National Domestic Workers Alliance (NDWA), Black women are tied for the highest participation in the labor force among all women.

3. Black women are paid less no matter how much education they have.

For the one in five Black women who have a bachelor’s degree or higher, pay inequity inflicts hidden costs. Black women as a whole have higher student loan debt than white women, so when they’re paid less, it makes paying off that debt harder. As a result, four years after graduating, Black women on average owe $24,000 in student debt, compared to $15,000 for white women.

4. Black women are paid less no matter what field they’re in.

At nearly every income level and across all industries, Black women are paid less than their white male colleagues — even in women-dominated fields, where you might expect to see the gender pay gap disappear.

For example, service occupations tend to be low-wage jobs filled by women. IWPR and NDWA report that about 28 percent of employed Black women work in service occupations. They are paid 30 percent less than their white male colleagues.

"...While overt discrimination and segregation are no longer legal, economists believe racial and gender bias continue to play a role in the pay gap."

While we’re on the subject, it’s worth asking why jobs usually filled by women, like nursing assistants, pay less than jobs usually filled by men, like delivery drivers, even though both require similar qualifications. And it’s worth asking why Black women are underrepresented in higher-paying positions and overrepresented in lower-paying ones. There’s a web of educational, economic, cultural, and historical factors at play. And while overt discrimination and segregation are no longer legal, economists believe racial and gender bias continue to play a role in the pay gap.

5. Over a lifetime, the pay gap costs Black women a not-so-small fortune.

If the pay gap were closed, the average Black women would earn over $840,000 more by the time she retired. That money could go toward retirement savings, a house, start-up capital for a business, college or graduate school, an aging parent’s care… it could transform a family’s financial security forever.

That lost income often means retirement is just a dream for many Black women. In 2012, IWPR found the median wealth for an older single white man was more than $100,000. For a Black woman of the same age, it was just $5,000. It’s hard to retire on that.

6. Four in five Black mothers bring in 40 percent or more of their families’ income.

This may be the most important fact of all. Three million American families depend on the income that Black mothers earn. When those women are underpaid, their families pay the price. And for families living in poverty — including 1.4 million families across the country headed by Black women — the stakes are even higher.

If we want to reduce poverty, support families, and reduce inequality, closing the pay gap is a great place to start.

7. There are things you can do to help.

OK, so this fact isn’t quite like the others. But it’s just as true.

If you agree that the pay gap is a serious economic issue — and more than that, a matter of fairness — then consider taking action.

"The pay gap affects millions of families in concrete ways. It also speaks to who we are as a country."

Talk about it. Raising awareness of the disparity is the critical first step. Let’s make sure people know that Black Women’s Equal Pay Day exists and what it means. You can learn more about the pay gap at leanin.org/equalpay.

Be an advocate. Encourage your workplace to do a pay audit. If it reveals disparities, push to have them corrected. Advocate for yourself, too — know your worth and ask to be paid fairly.

Stay tuned. Hispanic Women’s Equal Pay Day is Nov. 2, 2017. It falls so late in the year because the pay gap for Hispanic women is even more extreme: Hispanic women are paid a whopping 46 percent less than white men.

The pay gap affects millions of families in concrete ways. It also speaks to who we are as a country. It’s about how we value women of all races in our economy and society.

There’s nothing more fundamental than that.

Alexis Charles, PhD is the Education Lead at LeanIn.Org, an initiative of the Sheryl Sandberg & Dave Goldberg Family Foundation.