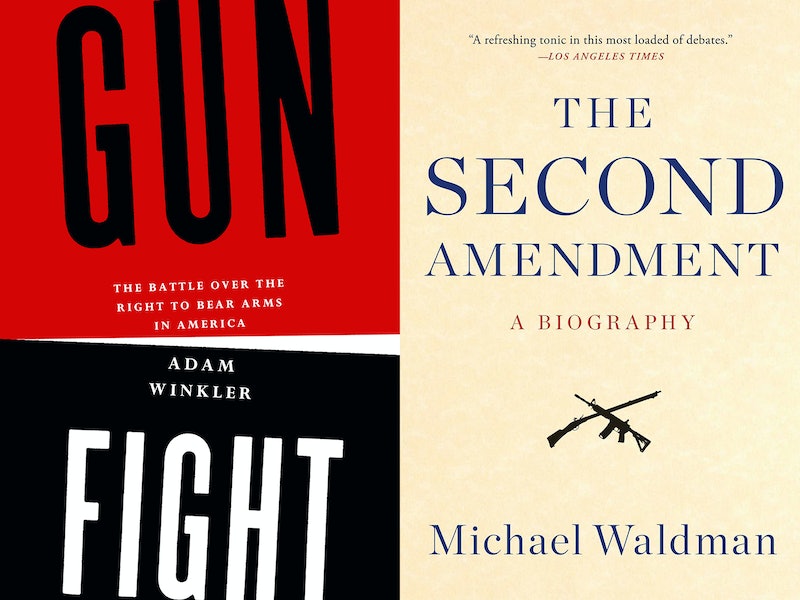 Over the weekend, Americans witnessed the 377th mass shooting of 2017 when a domestic terrorist took the lives of 28 men, women, and children while injuring another 30 people in Sutherland Springs, Texas. If you're still trying to figure out how tragic events like this happen so often in our country, these 7 essential books about guns can help you understand their violent history and the ongoing fight to control them.

One of the most divisive issues in America today, the debate over gun control comes into full view following a tragic event like Sunday's church shooting. Gun advocates are quick to imply that less regulation and more private gun ownership can help prevent mass shootings, but the majority of Americans disagree. According to a new POLITICO/Morning Consult poll following October's mass shooting in Las Vegas, 64% of voters are in favor of stricter gun laws.

Politicians, many of whom deflect questions about the issue by insisting the aftermath of a tragedy is "not the time to talk about gun control," are quick to share their thoughts and prayers with the victims and their families, but millions of people around the country are now demanding something more from the government: stricter regulations for firearms.

To help arm you in the debate over firearm control and regulation, here are seven essential reads about guns and their complicated and violent history in the United States.