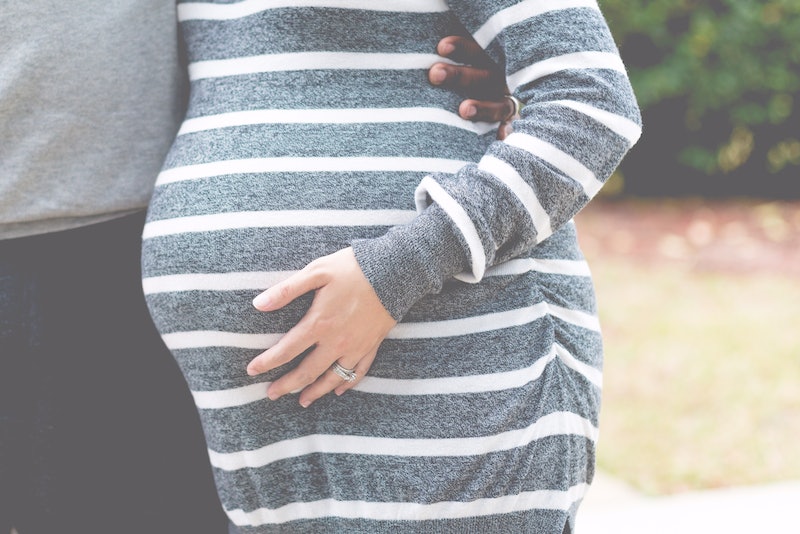 The human body is a pretty incredible thing — and regardless as to whether or not you want children yourself, the fact that the human body is capable of creating other humans is probably the most incredible thing about it. Like, that’s amazing. You know what isn’t amazing, though? The many myths about pregnancy that persist, even though science definitely knows better by this point. So, hey, let’s take a minute to bust a couple of those myths, shall we? Because in the immortal words of April Ludgate, time is money, money is power, power is pizza, and pizza is knowledge. Let’s go!

Weird childbirth myths aren’t, of course, a new phenomenon; some of the weirdest ones date all the way back to ancient history. I’m particularly fond of this one from ancient Egypt meant to “test” whether someone was fertile, which Bustle’s J.R. Thorpe once delightfully described as follows:

How’s this for fertility testing: A woman sits on a mound of dirt that's been soaked in old beer, and possibly mixed with fruit and dates. For every time she throws up while sitting there, that's one child she'll have in the future. If she's got a strong stomach, though, no kids for her (which seems to fly in the face of everything we know about motherhood now, i.e. that having a strong stomach is a pretty great asset).

But even though we’re not really questioning what a pile of dirt can tell us about our fertility these days, there are still a number of old wive’s tales that somehow keep on keepin’ on, despite boatloads of evidence to the contrary. Good news, though: The next time someone starts to have Opinions about you if you go for a run when you’re expecting, you can just send ‘em here.

More like this
Got Brain Fog? Here Are The Best Supplements For Memory & Cognition
By Carolyn Steber
This Psychological Effect Might Be Keeping You From Hitting Your Goals
By Lexi Inks
TikTok's Butter Board Might Be The New Cheese Plate
By Emma Carey
Deliveroo Is Selling Lotus Biscoff Cinnabons Now
By Darshita Goyal
Get Even More From Bustle — Sign Up For The Newsletter