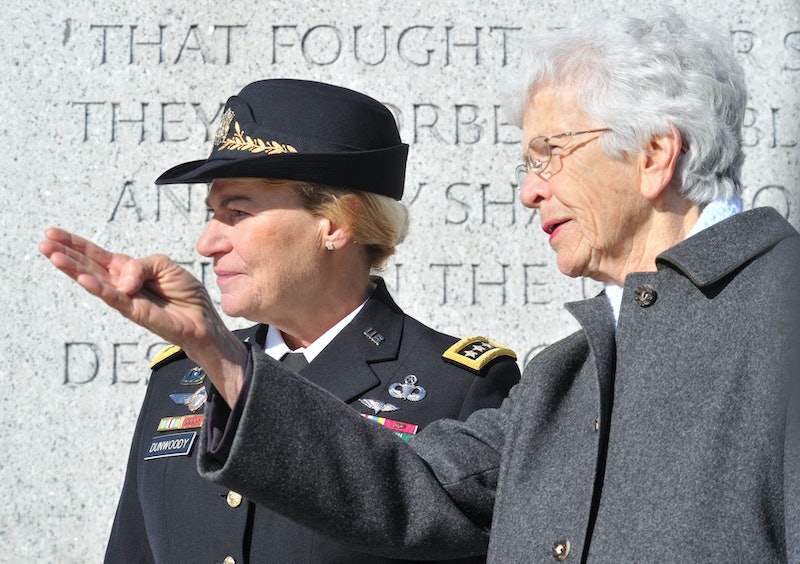 Women have always had a place in American history, but have often gotten lost — or purposefully shunned — from the country's collective consciousness. Though the United States has always had its fair share of female inventors, scientists, and artists, it hasn't been until recent times that they have stared to receive the recognition they have long deserved. But it seems that men in positions of esteem still manage to become household names first, so in an effort to begin correcting that, here is a list of seven powerful American women you may not know, but should.

These women are the inventors and politicians of a generation — they've contributed directly to our country, making massive leaps in the realms of science and equal rights for women. They may not be the first person to roll off your tongue when naming American contributions, but that's exactly why they deserve the praise. Many have managed to work doubly as hard when compared to their male counterparts, paving the way for a future that doesn't turn away the contributions of anyone, regardless of their sex.

This list, of course, is a small minority of a growing population of powerful women in the United States, but it's certainly a start:

Ann Dunwoody made history by becoming the first woman to receive the title of a four star general in the military. She later became the Army’s Materiel Command, controlling the flow of goods from military campaigns in Iraq and Afghanistan. She is rumored to possibly be one of the contenders for president-elect Donald Trump's Veterans Affairs Secretary.

Lael Brainard currently serves as a member of the U.S. Federal Reserve's Board of Governors, and worked as the United States Under Secretary of the Treasury for International Affairs for President Obama until 2013. Brainard was known for her developmental work on climate change during this time, and was likewise rumored to be a potential Treasury Secretary pick for Hillary Clinton had she won the election.

Teresa Shook is the woman behind the original idea for the Women's March on Washington, the protest scheduled for the day following Donald Trump's inauguration. The retired lawyer and grandmother's plea for a march (an idea that originally just went out to some forty of Shook's friends via Facebook) had been credited with drawing in hundreds of thousands of expected marchers for the Jan. 21 protest.

Activist Bob Bland is another fierce activist to look out for. Founder of Manufacture New York and fashion designer by trade (you may recognize her Nasty Woman t-shirts from the election), it was Bland who took Shook's idea for the march and ran with it. She is now serving as the event's co-chair and is credited with moving the march in the direction and size it is today.

Dr. Shirley Ann Jackson is an American physicist, having been only the second African-American woman in the United States to earn a doctorate in physics. She has been credited with making large advancements in telecommunications research, and was selected to serve on the President’s Council of Advisors on Science and Technology.

Ruzena Bajcsy is a computer scientist who specializes in robotics, and currently works as a professor at UC Berkeley. Age certainly hasn't stopped her — though she's 83 years old, she still publishes regular work, with her concentration currently focusing on how artificial intelligence can improve the lives of people with muscular dystrophy.

Mona Hanna-Attisha is credited with being one of the first doctors to make the connection between lead poisoning and contaminated water in Flint, Michigan. Thanks to her research and subsequent whistleblowing, Flint is finally starting to get the help it needs to decontaminate its drinking water.

These women's contributions cannot be overstated. Thanks to them, we've seen great advancements in so many areas of American life. Likewise, they've helped pave the way for future female leaders.