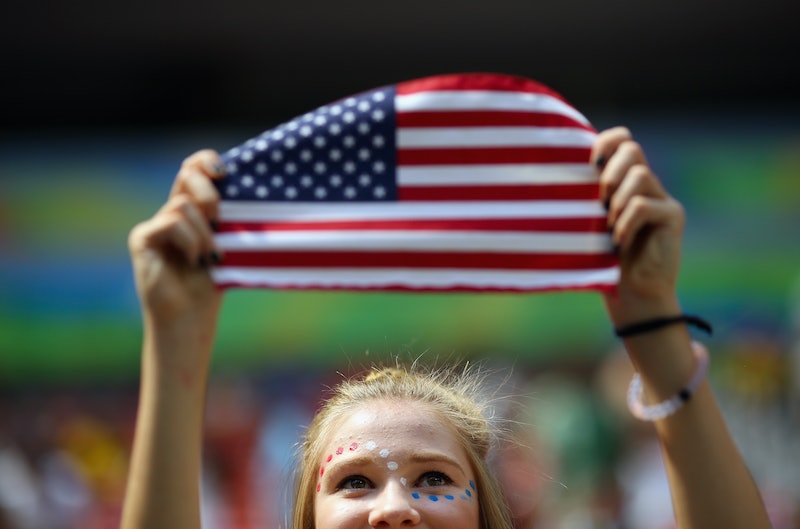 Coming off of a generally dismal year for women's rights, many are hoping that things will turn around in 2017. Unfortunately, 2016 brought abortion restriction legislature, saw defeats in political races where Republicans took control of the House and Senate, and elected a presidential candidate who bragged about sexual assault. Honestly, it wouldn't be difficult for 2017 to be just a little better for women than 2016 was. However, for all of the bad things that happened already, there are signs that 2017 could actually be good for feminism.

Although we will not be swearing in the first woman president in 2017, there is hope in other places that women and women's rights will be championed this year. The election of Donald Trump has inspired so many women already to stand up and fight for their rights, and that will to fight is likely to only grow stronger as the year progresses. The year may have begun on the heels of a very crushing loss, but there is certainly a chance that the loss will lead to some real work getting done and some advancements made.

These are my predictions of what could happen in 2017 that would make it the most feminist year so far.

More Women Will Protest For Their Rights

The Women's March on Washington formed in opposition of the ideals and treatment of women that spread during the 2016 election. At least 100,000 men and women plan to demonstrate in Washington D.C. the day after Trump's inauguration. It may be one of the first protests of 2017, but there's a great chance that it won't be the last.

More Women Will Run For Office

Although some believed that if Hillary Clinton had won the presidency, it would have encouraged more women to run for office, the same could be said for Trump's win. With an administration deeply concerned with legislating women's rights and health care, more women could certainly be motivated to run. Take Michigan's Gretchen Whitmer, who announced her candidacy for governor Tuesday. She's one of hopefully many women who will toss their name in for 2018 elections.

According to Vox, a French pharmaceutical company is applying for FDA approval for a contraception pill that could be purchased without a prescription. The first pill would be progestin only, rather than estrogen and progestin. Vox reported that while it's not likely the pill would be available in the next year, it's still a huge step forward in the right direction, especially if the GOP succeeds in repealing the Affordable Care Act and defunding Planned Parenthood.

At the beginning of 2017, a poll showed that the majority of Americans oppose overturning Roe v. Wade. Despite Trump's promise to reverse it, seven in 10 Americans support keeping the ruling. Hopefully, this number will only grow. The dangers of overturning the ruling would be far greater than any possible gains for the right.

Fashion magazines aren't always known for diversity. However, in 2016, magazines made an effort to be more diverse. There is a long way to go, but 2017 is already looking hopeful in terms of inclusion considering Glamour's February issue was constructed entirely by women.

People Will Donate To Feminist Causes

At the threat of defunding Planned Parenthood, donations have already poured in to the organization. And that's probably not going to change as the reality of PP losing funds gets more real. Though it's unlikely that the women's health advocates can survive on this alone, it's encouraging to see so many people support the cause.

More Women Will Speak Up About Equal Pay

So many women in the last few years have used their voices to promote equal pay. The U.S. Women's soccer team filed a complaint, Jennifer Lawrence wrote a letter, Emmy Rossum negotiated her salary until she received payment equal to her co-star. Hopefully this trend continues and it leads to not just high-profile women getting the pay that they are entitled to. Maybe it will motivate women to negotiate their pay at their next performance review. Anyone willing to start the conversation is contributing to the ultimate goal of equality.

These are just seven examples of how 2017 can be the most feminist year yet, and how everyone can join in making that happen.