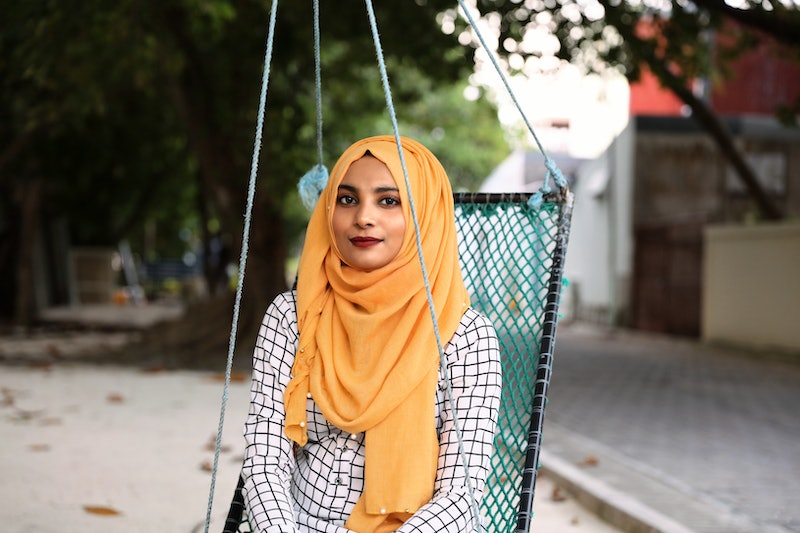 Just this past month, we’ve learned a lot more about what not to do to appeal to diverse women-led audiences. To many brands' credit, waking up to the fact that women don't come in the same shape, color size, or hair texture has really been affirming and eye-opening in different ways as a woman of color. But be it topics spanning from natural hair to social activism, we've also seen how an article or video meant with good intentions can actually become a nod in the opposite direction.

Attempts at representing women's authentic experiences all too often hinge on making strange comparisons or missing the mark altogether in their addressing of culturally sensitive and heavily politicized issues. While you can certainly decide that you can no longer support that brand, making your voice heard is neither the more "productive" choice, nor is it your responsibility (so, I'll do that for you).

Plenty of times in 2017 women of color have been disappointed by the same brands that have turned their focus on being inclusive. Everyone getting a seat at the table shouldn't mean minimizing challenges of WOC or their community. It shouldn't mean that we create ads and sponsored content positioning inequality as a non-issue or that everyone's struggle is the same.

So to all of the brands that may have stumbled or completely fallen on their faces, acknowledging your mistake is the first step. But there are also other ways to engage with WOC, produce content fueled by authenticity, and even spark constructive conversation:

This goes back to that whole apple and oranges thing. Sometimes it isn't the intention, but trying to add contrasting images or adding a "different" spin requires some hard second thought; brands often fall into a trap of minimizing one group's experience by comparing it to another's, as if that is the "standard" and theirs is "other".

2. Don't trivialize for the sake of aesthetics.

A particular scenario or set up might seem cool or thought-provoking, but it isn't for people who have to deal with that same reality. While ads are all about romanticizing struggle, they need to take a hard look at whether or not they are doing more harm than good in the way they are framing complex and entirely unromantic issues.

No, dreadlocks on a white woman doesn't work. And no, you shouldn't wear cultural pieces with historical and spiritual meaning as a trend. This isn't people being sensitive, it's ignoring meaning. See #2.

4. Ask yourself about the narrative you're trying to paint.

Before you push the green button, it's important to ask whether the project actually meets the objectives you've outlined. If that mission is to talk about a sensitive topic, it's worth asking, "Are we being problematic about this?"

5. Bring more WOC (with the expertise you need) to the table.

Just because you're a woman of color, it also doesn't mean you are automatically the most socially conscious person in the room. If you're looking to create something that starts a conversation or addresses a certain identity, pull in women who have the knowledge or experience. Or you can just log on to Twitter and you will find what you're looking for.

6. Ask your audience what they need. Don't tell them.

You can never go wrong by asking the people you want to create content about whether or not. Focus groups or even a smartly worded poll/survey can save a life!

Even if the issue is culturally relevant or trending, at what cost will you be part of the conversation? Sometimes it's better to say nothing at all.

Mistakes happen, but after a series of examples just this summer of brands failing to represent the very women they're trying to be inclusive of, there is very little room for brands to say they didn't know. Instead, it's time to take some accountability and pay creative people who have the skills you need.