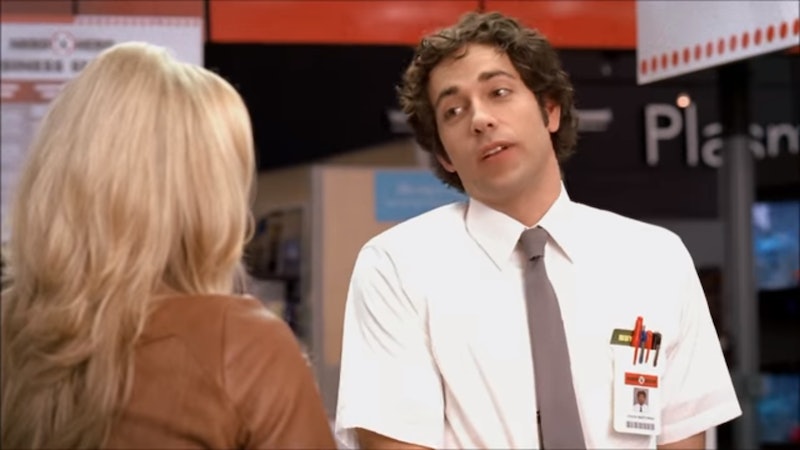 Feel good TV sometimes feels like it's in short supply, but for fans of Chuck, a well-deserved dose of spy goodness is never far away. If you need a pick-me-up this weekend, then why not host a mini marathon of Chuck episodes for you and your crew. For maximum happiness, skip over the dramatic episodes that will leave everyone sobbing over the fate of Stephen Bartowski or Sarah's memory loss, and instead opt for the lighthearted adventure episodes that will leave you with a grin as wide as Awesome's.

There are 91 episodes of Chuck in total, so picking just enough for a short marathon is hard. Tough cuts will have to be made, but the reward will be a well-honed set of eight hours of Team Bartowski saving the day, dropping pop culture references, and generally being the best TV show pals ever. Since the goal is to create a short marathon you can easily watch in a weekend, eight episodes is the perfect amount — you can even split your marathon into four hours each day, so you don't turn into sad Chuck covered in cheese puff dust after his breakup with Sarah.

From the near perfect pilot to the best use of Rush's "Tom Sawyer" in a TV show ever, these are the eight episodes of Chuck you need to watch this weekend.

There's no better place to start than the beginning. Chuck's pilot episode is downright iconic thanks to its pitch-perfect introduction to the spy world and Chuck's normal Buy More life. Relive Chuck and Sarah's first meeting, Casey and Sarah's standoff, and the first appearance of Bryce Larkin in an hour of TV that never gets old.

This Halloween outing is an ode to Chuck and Morgan's friendship with an ending that is absolutely perfect. It also happens to be chock full of references to everything from Dune to series creator Josh Schwartz's other hit show, The O.C. (hint, The O.C. reference is in the musical moment at the end).

Jeff gets a backstory with a heavy dose of video game glory in this episode that combines retro gaming with Rush's "Tom Sawyer" to create a joyous case of the week that involves the Buy More crowd in the action.

Chuck and Sarah pose as a married couple in a suburban nightmare — and they have a dog. Missions are rarely ever as perfect as this one.

Awesome gets mistaken for a spy, and hilarity ensues. This isn't just a funny episode though, there's plenty of heart too. Chuck spends so much time idealizing his brother-in-law, it's nice to see Awesome show Chuck that's he pretty great in his eyes too.

Morgan finds out Chuck's secret, and the guys' reaffirm their beautiful friendship in the process.

Not only are Chuck and Sarah finally allowed to be happy, they get to be happy on a train while pulling off a solo mission like the sexy spies that they are.

Ellie and Devon welcome their baby girl into the world, Casey accepts the fact that he has a family, and, oh yeah, Chuck finally proposes to Sarah. If you want your marathon to end on a high note, there's no better place to stop than here.

Your weekend of Chuck awesomeness has been planned. Now go forth and enjoy some spy shenanigans.