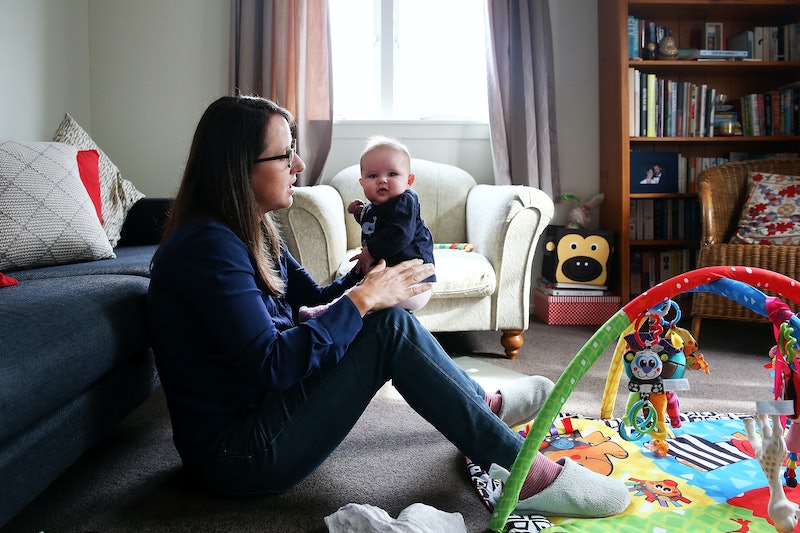 Among the world's most economically advanced countries, only one fails to mandate paid maternity leave: the United States. Yes, while women in Argentina, Mongolia, and Sweden are guaranteed months of paid leave to take care of infant children and recover from delivery, American women often have to head back to work before they or their children are ready. Paid maternity leave can be a critical factor in women's empowerment by enabling new mothers to support themselves while raising children; when accompanied by paid paternity leave, it can be a valuable way to combat sexist stereotypes about which gender should handle which household tasks.

Both 2016 presidential candidates supported some form of maternity leave, but the policy differences between their plans were significant. Democratic presidential nominee Hillary Clinton supported family leave (i.e. leave that either parent could take) for 12 weeks; Trump's plan, reportedly influenced heavily by his daughter, Ivanka, promised six weeks of maternity leave; it also seems only to apply to women who give birth.

Under the Family and Medical Leave Act of 1993 (FMLA), eligible employees can take up to 12 weeks of time off after the birth of a child — but that leave is unpaid. This means that new parents who rely on regular paychecks may struggle to make ends meet. According to a Department of Labor report, 30 percent of workers who take FMLA leave slip into credit card debt, and 15 percent wound up on public assistance.

When new parents are able to take paid time off to care for their children, both the American family and the American economy benefit. Below are some of the major reasons why paid maternity leave is an essential policy for a 21st-century democracy.

More like this
This Is When Netflix Is Going To Start Charging You For Sharing Passwords
By Darshita Goyal
Twitter Has *A Lot* To Say About The "Single Penalty”
By Sam Ramsden
24 History-Making Black Women You Probably Didn't Learn About In School
By Ayana Lage and JR Thorpe
25 Inspiring Quotes From Black Women To Celebrate Black History Month
By Kyli Rodriguez-Cayro and JR Thorpe
Get Even More From Bustle — Sign Up For The Newsletter
From hair trends to relationship advice, our daily newsletter has everything you need to sound like a person who’s on TikTok, even if you aren’t.