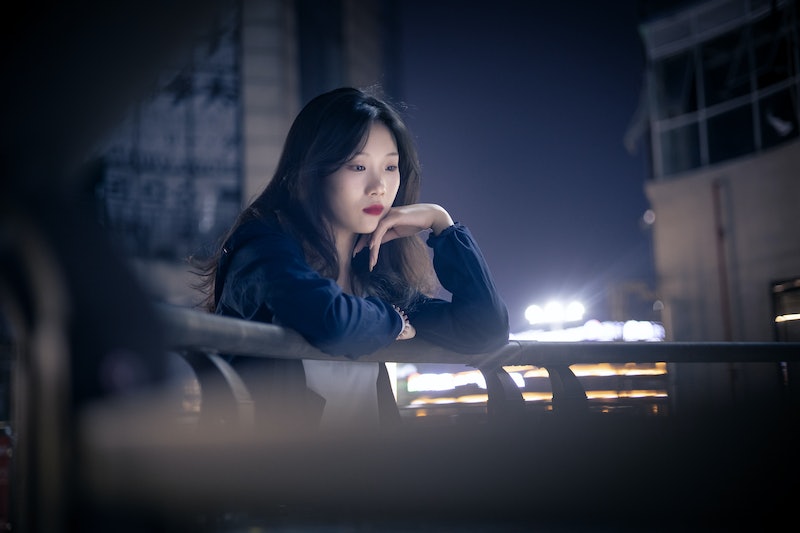 Something about single women makes people uncomfortable. Maybe it's because our singledom is connected to our sexuality, something society has long tried to suppress and control. Maybe it's because we make them think of sad old spinsters who smell like mothballs and eat lots of clear soups. Maybe it's the little horns that grow out of our heads. I don't know!

In her book "All the Single Ladies", author Rebecca Traister examined the reasons behind this shift. "The choice not to marry isn't necessarily a conscious rejection of marriage," she told Fresh Air's Terry Gross last year. "It is [about] the ability to live singly if an appealing marriage option doesn't come along."

Even though the number of single women is growing, societal attitudes and expectations have yet to catch up. When men are single, it's exciting and cool. Think George Clooney pre-Amal, and Leonardo DiCaprio always. But when women are single, it's a problem to fixed; just think back to all of the headlines that portrayed Jennifer Aniston as a barren, jilted, forever-alone sad-sack, years after her public break up with Brad Pitt.

To be clear, there's nothing wrong with actively trying to find a romantic partner. But if, for whatever reason, you don't want a partner at the moment, that's fine too. Every woman should be able to build a happy, fulfilling life, based on her own wants and needs at the time. So check out some of these phrases below, memorize them, say goodbye, and then retire them forever. Your single friend will be fine, I promise.

More like this
10 Ways To Be More Empathetic To Your Partner
By Raven Ishak and Lexi Inks
20 Women Reveal Exactly How Long It Took Them To Get Over Their Ex
By Amanda Chatel and Lexi Inks
Are Quality Time & Gift-Receiving Love Languages Compatible?
By Lexi Inks
The Differences Between Polyamory & Open Relationships
By Lexi Inks
Get Even More From Bustle — Sign Up For The Newsletter