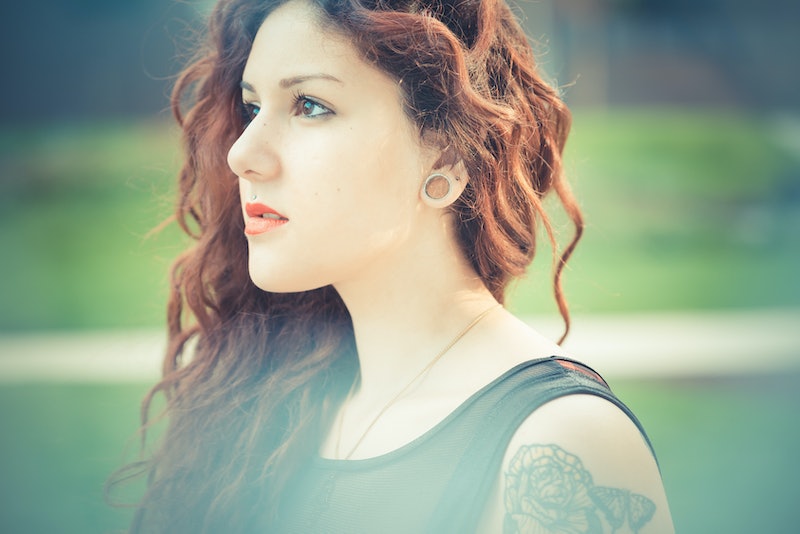 The day after the inauguration, Jan. 21, 2017, is going to be the most important day of the year. It's the day of the Women's March on Washington, which will start at 10 a.m., at the corner of Independence Ave and Third Street SW in D.C. It's then that hundreds of thousands of women and men, including a boatload of celebrities, will descend upon the nation's capital to show the new administration that we're not OK with the incoming president, Donald Trump, or the plans that they have for our future.

Getting to D.C. isn't easy for everyone. For starters, trains from the Boston and New York City area to D.C. booked up pretty damn fast, and because it is inauguration weekend, airlines are capitalizing on that by upping their airfare. Not to mention that hotel vacancy isn't just scarce, but non-existent. Because of these things, people who want to attend might not be able to do so.

There's also the fact that some of us have other obligations and, as much as we'd love to be there, just can't make it. But you know what? That's OK! You don't have to be in D.C. to show your support for those who are marching. Instead, you can do these nine things to let the marchers know you have their back.

More like this
Black Women's Equal Pay Day Highlights An Upsetting Problem
By Brandi Neal
Women Around The World Are Cutting Their Hair In Solidarity With Mahsa Amini
By Darshita Goyal
10 Pumpkin Recipes That Are Way More Creative Than Pie & Lattes
By Rebecca Deczynski and Alexis Morillo
Bennifer, Kravis, & 14 Other Fun Celeb Couples Halloween Costume Ideas
By Emma Carey and Brittany Leitner
Get Even More From Bustle — Sign Up For The Newsletter