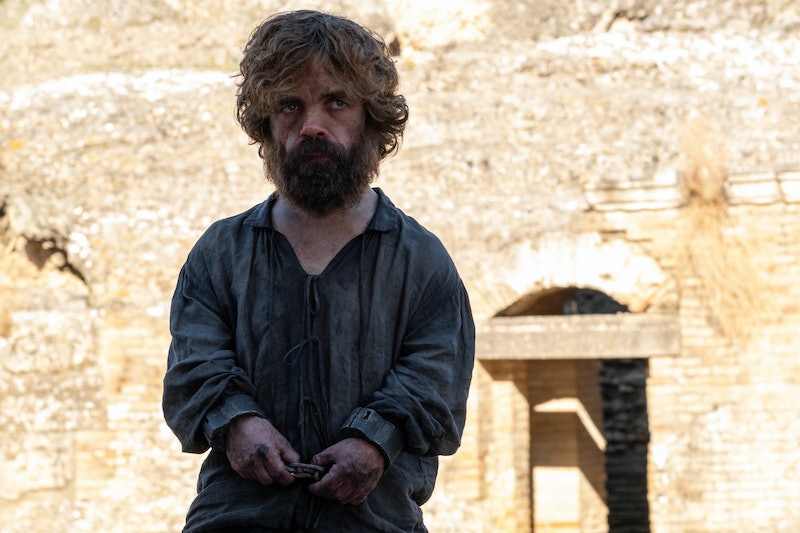 When dealing with series finales, more often than not all the existing storylines get wrapped up in a nice little bow. However, that doesn't always prove to be the case. Sometimes there are questions that are left unanswered and storylines that were never fully explored, which is precisely what happened in the Game of Thrones series finale. On the surface it may have seemed like all the loose ends were tied up, but in reality there were several Game of Thrones theories that were never addressed, despite all of the years of buildup and predictions from fans.

Of course, by the same token, there were many theories that did come to pass over the years. Jon Snow being a Targaryen immediately comes to mind, though that ended up not really amounting to much when all was said and done. And yes the prophecy about Cersei's death did come true, though not in precisely the way we had imagined it would. That being said, there's no denying that this season felt depressingly short, which left very little time to wrap up every single plot point that was ever teased on the show. This would've been difficult even for a regular-sized season based on the sheer volume of characters and storylines that have been introduced throughout the years.

However, there were a few theories in particular that would've been nice to see explored further — or at all, for that matter. So now that the show is over, let's take a look back for a bit on the storylines that could've been.

1. The Night King Is A Stark

There was actually so much we never learned about the Night King. In fact, considering how much buildup there was about him over the years, he played a surprisingly small role during the final season. Is this because we'll learn more about who he is and how he came to be chosen by the Children of the Forest in the upcoming Game of Thrones prequel? It's possible, but that doesn't make the lack of information we know about him right now any less disappointing. Many fans think the Night King was a Stark before he was turned into the villainous leader he became. Hopefully someday we'll learn if this prediction actually holds water (or ice).

The introduction of time travel and Bran's mysterious connection to the Night King had several viewers convinced that these two characters were actually one in the same. Yet that failed to get explored in any way and ultimately proved to be untrue, which was a little disappointing, to be honest.

3. Bran Warging Into A Dragon

Most people thought that Bran's warging abilities would eventually have a big payoff, either by morphing into Viserion's mind to defeat the Night King or taking control of one of Dany's dragons during the Battle of King's Landing. Unfortunately, he never even attempted to do it, so we'll never know for sure if it was even possible to begin with.

4. There Were More Dragons

Prior to the Battle of King's Landing, Reddit user AdmiralAkbarZ theorized that Drogon had laid eggs during his time in Valyria and that they would appear to help Dany win the war. Others thought there were more dragon eggs hidden in the Winterfell crypts that would later come into play. But none of it did, so it looks like poor Drogon is destined to live out the rest of his days alone.

Many suspected that Varys' interest in whether or not Dany was eating in Episode 5 indicated that he was attempting to poison her. Some even thought it may have contributed to her spiraling into madness. Now both parties are dead and we'll never know the truth.

6. Jon Being Immune To Fire

Considering he's part Targaryen, you would think that there's a decent possibility that, like Dany, he's unable to be burned by fire, yet we were never able to see that theory tested. Perhaps that's one of the reasons Drogon didn't try to kill Jon after Dany's death.

7. Tyrion Is A Targaryen

It's a theory fans have been gravitating toward for quite some time and seemed even more possible after Tyrion spoke to Rhaegal and Viserion in the Meereen dungeons back in Season 6 and lived to tell the tale. It would've also explained why Tywin hated Tyrion so much and didn't want him to inherit Casterly Rock — because he wasn't really a Lannister after all. But alas, if this theory does have any merit, it was never explored on the show.

So ultimately, all those symbols and patterns he had his army made amounted to nothing? It didn't mean he was after Dany all along or that he was a Targaryen or he wanted to be made human again? None of these theories were explored, which means our big takeaway from this should probably be that the Night King used to be an art major.

9. The Identity Of The Prince That Was Promised

So many predictions were made about who this Game of Thrones savior would be and yet by the time the series came to a close, no one had been named as the official Prince That Was Promised. So was that whole storyline for nothing? We need answers!

Our watch may have ended, but these theories will live on in our hearts for many years to come.