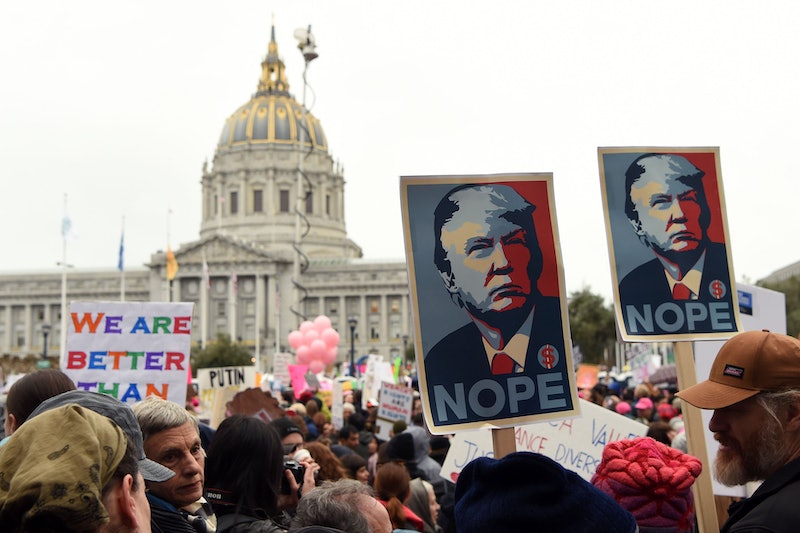 Donald Trump's inauguration finally took place on Friday, Jan. 20. The next day, hundreds of thousands of protesters gathered in Washington, D.C., and cities across the world to demonstrate their support for gender equality. There were many inspiring moments from the Women's March — not just speeches by well-known celebrities, but moments of sisterhood and solidarity among not-so-famous marchers. Who would have thought that a sea of pink pussy hats (complete with signs making fun of Trump's combover) could be such an emotional sight? (All of us, of course.)

The march began as an idea posted online after the election by retired attorney Teresa Shook: Why don't women gather in D.C. to protest Trump's inauguration? The idea, thankfully, exploded in popularity seemingly overnight, and after two months of planning, the march and hundreds of sister marches took place on Saturday — and most would probably agree that it was a success in terms of sheer numbers. I mean, they took place in 600 cities! Across all continents! That is a beautiful thing, and, even more importantly, an unforgettable thing.

There were a lot of inspiring moments during the marches, but here are the nine most inspiring to remember for decades to come.